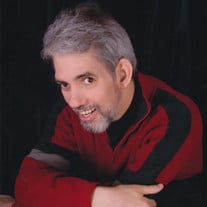 Dateline: Bethalto Wm. Douglas Henderson passed away on January 15, 2021 at 3:25 pm at Anderson Hospital. He was surrounded by his immediate family. He is survived by his mother, Ruth Henderson; brother, Kip (Lynda) Henderson; sister, Tonya (Jim) Swank; half-sister and her children, Rebekah Duplechin (Wendell); a half brother and his children, Aaron Pestoff (Priscilla); nephews, Jimmy Swank and Aslan Henderson; nieces, Brittainy Taylor and Nicole Swank (Viv); great niece and nephews, Marlee and James Swank and Railynn and Mason Taylor; five uncles and five aunts; along with numerous cousins. He was preceded in death by his father; grandparents; and godmother and godfather, Meredith and Don Arnold. Doug was born on April 2, 1965. Although he suffered a serious brain injury at birth, was not expected to live 3 hours, had at least 55 surgeries; he embraced life with love, joy, determination and sense of humor. He was especially proud of being a big brother to his younger brother and sister. His enthusiasm brought joy to those who met him. Too many avoided him because of his appearance to find out what they had in common with him. If they had taken the time, they would have known he could talk for hours about the St. Louis Cardinals. God gave Doug the ability to talk and was nicknamed “Verbal Douglas”, by his teacher on his first day of school. He developed a love of music at an early age with his Fischer price record player. Although he loved many performers, his favorite was Elvis, He visited Graceland at least five times, and was always ready for a trip or adventure. Doug was a member of Zion Lutheran Church and an avid Cardinal Baseball fan; He and his Godfather attended the celebration on the 100th anniversary of the creation of the St. Louis Baseball Cardinals. He attended the Ozzie Smith’s first and last regular season games, and the induction of Ozzie Smith into the Baseball Hall of Fame in Coopertown. He also attended Bruce Sutter’s induction into the Baseball Hall of Fame. His enthusiasm for baseball won his mother over to becoming a baseball fan when they attended a Cardinal Spring Training game. Doug and his mother planned to visit each Major League baseball park, his declining health prevented them from accomplishing their goal; but not before visiting the parks in Cincinnati, Chicago (Wrigley Field), Kansas City, Phoenix, Houston, and Denver. Another highlight of his experience as a baseball fan was pretending to make some double plays, with Doug at first and Kip at second with Ozzie Smith being the short stop in a Cardinal Charity. Visitation will be held on Tuesday, January 19, 2021 from 5:00 until 7:00 pm at Elias Kallal and Schaaf Funeral Home in Bethalto. Visitation will continue and on Wednesday, January 20, 2021 from 10:00 am until the Funeral at 11:00 at Zion Lutheran Church in Bethalto. Current COVID-19 regulations will be followed, and masks will be required. Memorials can be made to the Boys and Girls Club of Bethalto, Epilepsy Foundation of Greater Southern Illinois or the United Cerebral Palsy Foundation.

Dateline: Bethalto Wm. Douglas Henderson passed away on January 15, 2021 at 3:25 pm at Anderson Hospital. He was surrounded by his immediate family. He is survived by his mother, Ruth Henderson; brother, Kip (Lynda) Henderson; sister, Tonya... View Obituary & Service Information

The family of Wm. Douglas Henderson created this Life Tributes page to make it easy to share your memories.

Send flowers to the Henderson family.