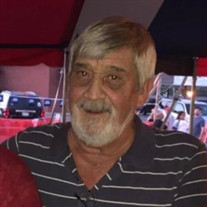 Dateline: Bethalto William “Bill” R. Piening Sr., 71 of Bethalto, passed away on Monday, March 14, 2022, at Alton Memorial Hospital. He was born May 30, 1950, in Cincinnati, OH, the son of the late August and Antoinette “Jeanette” (Duritsch) Piening. Bill worked for the Village of Bethalto in the Public Works Department as the Assistant Public Director until he retired in 2008. He was a member of Our Lady Queen of Peace Catholic Church in Bethalto, the American Legion Post 214, and the Wood River Moose Lodge #1349. Bill enjoyed golfing, St. Louis Cardinal Baseball, and hanging out with friends at Geno’s 140 Club and the Bethalto American Legion. Bill is survived by his son, Billy Piening of Bethalto; siblings and their spouses, August “Gus” Piening III of Edwardsville, Mary Greer of Wood River, Ann and Tim McMahon of Edmonds WA, and Linda and Charlie Hayes of Troy, IL; and grandchildren, Dalton, Trenton, Will, and Jack. Along with his parents, Bill is preceded in death by his son Jeff Piening. Per Bill’s request, cremation rites will be accorded. A private burial will be held at Rose Lawn Memory Gardens. Memorials may be made to the Bethalto American Legion Post 214. Online condolences and guest book may be found at www.eliaskallalandschaaf.com

The family of William "Bill" Piening Sr. created this Life Tributes page to make it easy to share your memories.

Send flowers to the Piening family.