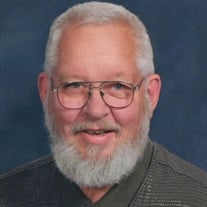 Dateline: Alton, IL Ronald “Ron” Franke, 83, of Alton, IL passed away on Friday, January 14, 2022, at 9:47 pm at Jerseyville Manor. He was born on July 29, 1938, in Alton, IL the son of Theodore and Eva (Davis) Franke. On May 21, 1960, Ron married Sandy Storm at College Presbyterian Church in Alton, IL. Ron worked for Hussmann Inc. as a plant supervisor. He was an Assistant Scout Master in his younger years and enjoyed spending time with his family and grandchildren. His real passion in life was fishing. He is survived by his loving wife of 62 years, Sandy Franke of Alton, IL; children, Patricia Kramer (Les) of Brownstown, IL, Barbara Hayes (Doug) of Godfrey, IL, and Robert Franke (Libby) of Alton, IL; grandchildren, Allan Largen (Chad) of Alton, IL, Robert Largen (Donea) of Godfrey, IL, Brian Hayes (Tara) of Godfrey, IL, Scott Hayes (Audie) of Alton, IL, Joni Whitfield (Brandon) of Bethalto, IL, and Zachary Franke of Alton, IL; along with five great grandchildren. Along with his parents, Ron was preceded in death by a brother, Terry Franke. A visitation will be held on Wednesday, January 19, 2021, from 10:00 am until the time of service at 12:00 pm at the Elias Kallal and Schaaf Funeral Home in Alton, IL Burial will follow at Upper Alton Cemetery. Memorials may be made to 5A’s.

The family of Ronald "Ron" Franke created this Life Tributes page to make it easy to share your memories.

Send flowers to the Franke family.