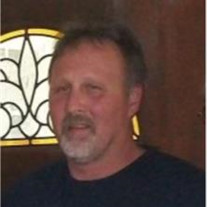 Dateline: Rochester, Minnesota Ronald Powell Jr., 62, of Jerseyville, passed away October 25, 2021, after a gallant fight with liver disease at Mayo Clinic in Rochester, Minnesota. He was born June 3, 1959, the son of Ronald Powell Sr. and Joyce (Dugan) Powell in Buffalo, Missouri. He married Charlotte Kay Lefler in 1987. She survives. Together they have one daughter, Tabatha Powell. In addition to his wife, Ron is survived by his mother, Joyce Powell; two daughters, Tabatha (Steven Easley) Powell and Jenny (Sam) Sheppard; a son, Ryon (Sarah) Powell; grandchildren, Tyler, Sadie, Jenna, Daron, Cierah, Addison and Izzy; seven great-grandchildren, two sisters, Teresa Coltrin and Tammy Powell; along with many nieces, nephews, extended family, and good friends. He was preceded in death by his father, paternal grandparents, maternal grandparents, great-grandparents, several relatives, many friends, as well as his beloved pet, Blue. Per his wishes, cremation rites were accorded. A Celebration of Life will be planned at a later date.

The family of Ronald Powell Jr. created this Life Tributes page to make it easy to share your memories.

Send flowers to the Powell family.