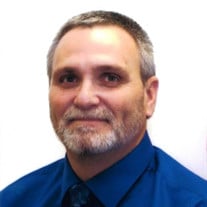 Dateline: Grafton, Illinois Roger W. Smith, 61, of Grafton, IL passed away at 6:10 pm on Monday, September 6, 2021 at his home . He was born on February 19, 1960 in Alton, IL to Roger Lee and Margaret (O'Neal) Smith. Roger married Diana (Jarrett) Hamman on September 16, 1995 in Alton, IL. She survives. Roger was a business representative and machinist for Boeing for several years as well as a member of Airplane Manufacturing District 837. He traveled for the Union, even going to the White House to represent the Airplane industry. Roger will be remembered for his heart of gold and always being willing to lend a helping hand to those in need. Roger is survived by his loving wife, Diana Smith of Grafton, IL; his mother, Margaret Orman of Alton, IL; a son, Shannon (Annette) Hamman of Thornton, CO; three Granddaughters, Shannon, Cambria, and Madison Hamman; a brother, Larry (Georgia) Smith of Alton, IL; a step-brother, Robert (Stephanie) Orman of Salt Lake City, Utah; and a half brother, Tim (Tina) Orman, of Alton, IL; a step-sister, Elaine Searcy of Roxana, a niece, Kelly Smith; nephews, A.J. (Januaria) Smith and Charles Orman; and a great niece, Piper Smith. He was preceded in death by his father, Roger Lee Smith; a step-father, Mearl Orman; and a brother, Kirby Smith. Visitation will be held on Friday, September 10, 2021 from 4:00 pm until 7:00 pm at the Elias Kallal and Schaaf Funeral Home in Godfrey, IL Funeral Services will be held on Saturday, September 11, 2021 at 10 am at the funeral home. Per his wishes cremation rites will follow. Memorials are suggested to the American Diabetes Association.

The family of Roger W Smith created this Life Tributes page to make it easy to share your memories.

Send flowers to the Smith family.