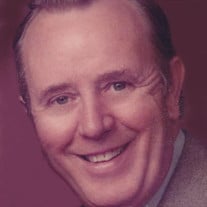 Dateline: Bethalto Robert “Bob” L. Berghoff, 88, of Bethalto, passed away on Wednesday, May 12, 2021 at his residence. He was born in Bethalto on July 3, 1932. The son of Frederick and Myrtle (Chalingsworth) Berghoff. He married Irene “Jeanne” Giannini on October 10, 1959 at Our Lady Queen of Peace Catholic Church in Bethalto. She preceded him in death on February 21, 2017. Bob is a Korean War Veteran of the United States Navy and served from 1952 until 1956. As a young man, Bob worked at Schoppett’s and Ruckman’s Grocery Store in Bethalto. He later worked at Kroger. He worked at Standard Oil Company from 1950 to 1962. He then worked at Illinois Power from May 1, 1963 until his retirement on May 1, 1994. Bob was a member of Our Lady Queen of Peace in Bethalto, Fourth Degree Knights of Columbus, the Wood River Moose Lodge, and VFW Post 1308. He enjoyed going to Eric Johnson’s Auto, Geno’s 140 Club and the Knights of Columbus to hang out with the guys and watching Cardinal games He also loved going to QuikTrip. Bob loved spending time with his grandchildren and watching their activities. He is survived by his daughter and her spouse; Mindi & David Lenhardt of Alton; three grandchildren, Kadi Lenhardt, Emma Lenhardt, and Sawyer Lenhardt and several nieces, nephews, cousins and friends. Along with his parents and wife, Jeanne, he was preceded in death by a son; David Berghoff; four brothers, Leroy Berghoff, Eugene Berghoff, Frederick Berghoff and James Berghoff; three sisters, Alice Stiegler, Josephine Romano and Mary Oldham. Visitation will be from 4:00 pm to 7:00 pm on Friday, May 21, 2021 at Elias, Kallal and Schaaf Funeral Home in Bethalto. Funeral Mass will be at 10:00 am on Saturday, May 22, 2021 at Our Lady Queen of Peace in Bethalto, with Father Tom Liebler officiating. Burial will follow at Rose Lawn Memory Gardens with military rites being performed by the Alton VFW Post 1308. Memorials can be made to Our Lady Queen of Peace or Five A’s Humane Society. Online condolences and guest book may be found at www.eliaskallalandschaaf.com

The family of Robert "Bob" L. Berghoff created this Life Tributes page to make it easy to share your memories.

Send flowers to the Berghoff family.