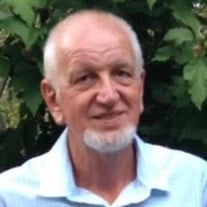 Dateline: Godfrey Randall K. Crane, 70, of Godfrey, IL, passed away on Friday, January 21, 2022, at OSF St. Anthony’s. He was born December 31, 1951, in Evansville, IN the son of Leonard and Mildred (Gerhardt) Crane. Randall married the love of his life, Jacqueline L McGhee on March 5, 1971, in Bethalto, IL and had recently celebrated 50 years of marriage. Randy retired from Ford Motor Company in 2006, where he spent 36 years in the Paint and Maintenance Department. After retirement, he worked part-time for Farm n Home and Shop n Save in Jerseyville where he made many friends with co-workers and customers. Randy was known for being a hard-worker and jack of all trades and would always lend a hand when needed. He was a devout Christian and was a long-term member of Hearts Harvest Church where he was on the prayer team, ushered, and served in many outreach opportunities. He was extremely loved by all his children and grandchildren and would never turn down a game of hide and seek, chase, riding bikes, and more. In addition to spending time with his family, he loved listening to music on his back porch, gardening, working with all of his classic cars, and sitting with his fur-baby Ginny who deeply misses him. In addition to his wife, Jackie, Randy is survived by one son, Randy Keith (Deanna) Crane of Brighton, IL; two daughters, Jamie (Bill) Scott of Piasa, IL, and Lindsay (Mark) Allen of Jerseyville, IL; eight grandchildren, Dustin Crane, Shane Long, Randi and Abbi Crane, Will and Josie Scott, and Rylee and Corinne Allen. Randy is also survived by three brothers, Norman (Jeannie) Crane, Larry (Linda) Crane, Billy Crane; two sisters, Sharon (Willie) Heindricks and Donna Sue Crane; and step-brother-in-law, Cory (Julie) Gallivan. Randy will also be deeply missed by his mother-in-law, Addie McGhee of Alton; brother-in-law, John (Jennifer) McGhee of Louisiana; and sisters-in-law, Judy (Ed) Benvenutti of Florida, and Janet (Dave) Presley of Alton, IL; along with many nieces and nephews, cousins, and friends. He was preceded in death by his Parents and his Father and Mother-in-law, James and Mary McGhee. Visitation will be held on Monday, January 31, 2022, from 4 to 7 pm at Elias, Kallal and Schaaf Funeral Home in Bethalto, where services will be held on Tuesday, February 1, 2022, at 10 am. Pastor Terry McKinzie will officiate. Burial will follow at Rose Lawn Memory Gardens. Funeral Services will be held at Elias, Kallal & Schaaf Funeral Home in Bethalto, IL. In lieu of flowers, memorials may be made to Hearts Harvest Church. Online condolences and guest book may be found at www.eliaskallalandschaaf.com

The family of Randall K. Crane created this Life Tributes page to make it easy to share your memories.

Send flowers to the Crane family.