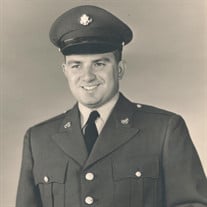 Dateline: Edwardsville Ralph W. Ruhmann, 80, of Edwardsville, passed away on November 28, 2021, at Anderson Hospital in Maryville, IL. He was born on December 1, 1940, the son of Ralph and Roseanna (Hemmer) Ruhmann. Ralph and Thelma are members of Our Lady Queen of Peace Catholic Church in Bethalto. He served his country with the Army Reserves and then became a loyal member of the Teamsters Local 600 and was a Professional Truck driver since the age of sixteen. He drove for BeMac and USF Holland of St. Louis. After early retirement he worked for Hamel Seed for 22 years part time. His favorite past time was spending time with his friends at the homeland security meetings a couple times a week where he made many new friends. He volunteered with the Hamel Fire Department for 42 years, was a member of the 55 Alive Group and a member of the Marble-Head Gang. Ralph married Thelma Steingrubey at St. Augustine Parish in Hecker, IL. She survives In addition to his loving wife, Thelma; he is also survived by a daughter and son-in-law, Amy Jo (Danny) Gusewelle of Prairietown; a son, Christopher Ryan (Darcey) Ruhmann of Caseyville; a granddaughter, Emerson "Emmy" Gusewelle; three grandsons, Brady Gusewelle, Austin Scott Ruhmann, Braden Pontious; three sisters, Eileen (Charlie) Curran, Mary(Craig) Althoff, and Juleen (Kenny) Weilbacher; four brothers, Brother Thomas Ruhmann, John Ruhmann, Wayne Ruhmann, and Steven Ruhmann. In addition to his parents, he was preceded in death by a brother, Stanley Ruhmann and a sister-in-law, Elizabeth Ruhmann. Visitation will be held on Friday, December 10, 2021, from 4:00 pm until 7:00 pm at Elias, Kallal & Schaaf Funeral Homes, Bethalto, Illinois. A Mass of Christian Burial will be held on Saturday, December 11, 2021, at 11:00 am at Our Lady Queen of Peace Catholic Church in Bethalto with Father Tom Liebler celebrant. Cremation rites will follow and Inurnment will be at Jefferson Barracks National Cemetery. Memorials are suggested to the Volunteer Fire Department in Hamel. The family would like to thank the entire Hamel Fire Department for all their love and support individually and collectively as a brotherhood. They will never forget your love and undying support. Online condolences can be given at www.eliaskallalandschaaf.com.

Dateline: Edwardsville Ralph W. Ruhmann, 80, of Edwardsville, passed away on November 28, 2021, at Anderson Hospital in Maryville, IL. He was born on December 1, 1940, the son of Ralph and Roseanna (Hemmer) Ruhmann. Ralph and Thelma are... View Obituary & Service Information

The family of Ralph W. Ruhmann created this Life Tributes page to make it easy to share your memories.

Send flowers to the Ruhmann family.