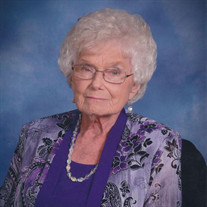 Dateline: East Alton Neva Jean Griesbaum, 82, passed away at 9:23am on Sunday, July 11, 2021 at Villas of Hollybrook in East Alton. On May 28, 1939 Neva Jean Neunaber was born to the late Oscar and Florence (Zirges) Neunaber of Bethalto, Illinois at Alton Memorial Hospital. She was taken to church and made a child of God by Baptism on June 18, 1939. On April 2, 1952 she joined the church by the rite of confirmation and has been a lifelong member of Zion Lutheran Church of Bethalto. Neva attended the Bethalto Public Schools including Wilbur Trimpie Jr High and graduated from Civic Memorial High School in 1957. After graduation she attended SIUE while working at Millers Mutual in Alton. She also worked for 22 years at JCPenney retiring in 1990. Neva loved her Church and became involved in various activities including being an active participant in sunday school and the youth groups when she was younger. As she became older she was also involved in Steven Ministries, many Church Bazaars, making potatoes for the annual Church sausage supper, and various other activities. Neva married Billy M Griesbaum on July 30, 1960 at Zion Lutheran Church in Bethalto. They were married for 53 years. He preceded her in death on August 25, 2013. Along with her husband Bill, Neva enjoyed many things including spending time with their children and grandchildren, camping, square dancing, playing bridge with her friends, and golfing with her various league friends. They especially enjoyed traveling in their motor-home and wintering in Texas. While in Texas they spent their days doing what they loved including socializing, golfing, playing cards and having fun with friends Neva is survived by her daughters and their husbands, Debbie and Jim Watters of Moro, and Pam and Kent Brigman of Dorsey; five grandchildren and their spouses, Jeremy and Katelin Watters, Jacob and Megan Watters, Carly and Drew Carlisle, Kayla and Doug Ridgeway, and Ben and Karisa Brigman; three step granddaughters and their spouses, Pam and Brian Blagoue, Nicki and Tim Phelps, Kim and Scott Snelson; great grand-children Kierstyn and Greyland Watters, Peyton Watters, Kinsley and Samuel Carlisle, Caroline and Noah Ridgeway, Brayden and Bentley Brigman; a brother and Sister-in-law Neil and Nita Neunaber of Wood River; a cousin Marie Schreiber; and several nieces and nephews. In addition to her parents and Husband she is preceded in death by two great grandsons Daniel Scott Carlisle and McLain Robert Watters. Visitation will be held Tuesday, July 13, 2021 from 4:00pm- 7:00pm at Elias, Kallal & Schaaf Funeral Home in Bethalto. Visitation will continue on Wednesday, July 14, 2021 from 10:00am until time of service at 11:00am at Zion Lutheran Church in Bethalto. Memorials may be made to the scholarship fund for Zion Lutheran School or The Villas of Hollybrook in Bethalto to the activities department. The family would like to thank Vitas Hospice and all the caregivers and staff at the Villas of Hollybrook who have become like family to us and our mother. Online condolences and guest book may be found at www.eliaskallalandschaaf.com

Dateline: East Alton Neva Jean Griesbaum, 82, passed away at 9:23am on Sunday, July 11, 2021 at Villas of Hollybrook in East Alton. On May 28, 1939 Neva Jean Neunaber was born to the late Oscar and Florence (Zirges) Neunaber of Bethalto, Illinois... View Obituary & Service Information

The family of Neva J Griesbaum created this Life Tributes page to make it easy to share your memories.

Send flowers to the Griesbaum family.