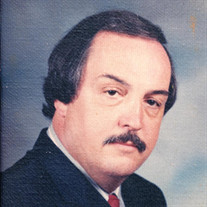 Michael J. Schlemer, Sr. (“Slim”), 73, passed away suddenly at his residence. He was born on May 1, 1948, to the late Orville and Kreva (Haydon) Schlemer. He married Frances “Fran” (McClintock) on August 22, 1977, in the Bahamas. Mike graduated from East Alton-Wood River High School in 1966, where he held the state record in track for the high hurdles. After high school, Slim attended Peru State College in Lincoln, Nebraska. Mike was an Army Veteran where he served in the Vietnam War from 1968-1970 and was awarded the bronze star for his combat bravery. He was the owner and operator of Mike Schlemer, Inc., for over 40 years, which included Schlemer’s Lounge in Cottage Hills. Slim was a member of Wood River VFW Post #2859 where he was a past post-commander, East Alton American Legion Post #794, Fat Boys Car Club, Cruzin Classics Car Club, and one of the original founders of the Salty Dawgs MC. He was of the Catholic faith and loved being outside in his garage and spending time with his family and friends. Slim lived by his motto, “Good Times, Good Friends, Never Say Die!” In addition to his wife, Michael is survived by four children, Chrissea (Garett) Braun of Bethalto, Rachael Woods-Carter of O’Fallon MO, Mikey Schlemer, Jr., of Bethalto, and Jessica Schlemer of Bethalto; eleven grandchildren, Allison and Katelyn Hallstead; Gracie and Carter Braun; Christian and Sydney Nelson; Anna, Tanner, and Taylor Carter; Austin (Kortney) Bartling; Mason Schlemer; six great grandchildren; one sister, Lynda (Richard) Sones of Edwardsville; and several nieces and nephews. He is preceded in death by his parents. Visitation will be Tuesday April 5, 2022, from 4:00 to 7:00 p.m. at Elias, Kallal and Schaaf Funeral Home in Bethalto. Funeral service will be on Wednesday, April 6, 2022, at 11:00 a.m. at the funeral home, with military rites being presented by the Alton VFW Post #1308. Private burial will take place at Woodland Cemetery at a later date. Memorials may be made to Disabled Veterans. (400 S 18th St St Louis) dav.org

The family of Michael Slim Schlemer Sr. created this Life Tributes page to make it easy to share your memories.

Send flowers to the Schlemer family.