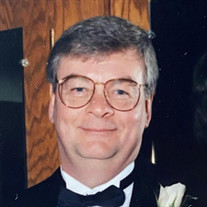 Dateline: Alton, Illinois Michael W. McKee, 79, passed away on Monday, January 17, 2022, after a brief illness. He was born on October 2, 1942, in Alton, IL the son of the late William D. & Marilyn (Milner) McKee. He married Kathleen Dorsey on August 20, 1966, at All Saints Catholic Church in University City, MO. She survives He graduated from Alton High School in 1960 and then worked with Pharmaceutical Research for Mallinckrodt Medical, where in 1984, he was the recipient of the August M. Homeyer Award for Special Achievement. After retirement, he spent time traveling the world fishing and cruising. Anyone who knows Mike also knew he enjoyed frequent trips to Louisiana for friends, family, and food. Michael is survived by two daughters, Sheila (Eric) Aton of Madison, WI and Michelle (Yamil) Darwich of Appleton, WI, two granddaughters, Clare Aton and Molly Aton, both of Madison, WI; two grandsons, Yamil Darwich and Wally Darwich, both of Appleton, WI. In addition to his parents, he was also preceded in death by a brother, Luke McKee. Cremation Rites will be accorded. Inurnment will be at a later date. Memorials are suggested to the St. Jude's Children's Hospital at stjude.org; St. Labre Indian School, 112 St. Labre Campus Dr., Ashland, MT 59003; or Impact of Alton.

The family of Michael W McKee created this Life Tributes page to make it easy to share your memories.

Send flowers to the McKee family.