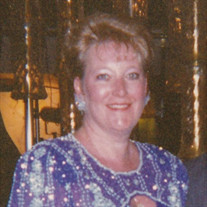 Dateline: Sorento, IL Melinda “Mindy” S. Slimick, age 67, went to be with the Lord at 10:43 pm on Friday, February 19, 2021. She was born September 2, 1953, in Granite City, IL, the daughter of the late George and Ruth (Colin) Knapp. She married Terry W. Slimick in New Douglas, IL. He survives. Mindy was employed at Boatmen’s Bank in St. Louis MO and then helped her husband with their business as the secretary for many years at Slimick & Son’s Heating and Cooling in East Alton, IL, then moving Slimick Heating to Panama, IL. Her greatest joy was spending time with her horses, dogs and all her family and friends, especially her grandchildren. She is survived by her husband; four children and their spouses, Amy (Matt) Cooper of Bethalto, Justin (Jeanette) Ray of Granite City, Tracy (Randy) Smith of Bethalto and Julie Slimick of Bethalto; nine granddaughter, Cody, Kayla, Lily, Jozalynn, Jaylee, Jace, Erica, Devon and Brandon and two great grandchildren, Freya and Waylon. Visitation will be held Wednesday, February 24, 2021 from 4:30 pm until 7:00 pm at Elias, Kallal and Schaaf Funeral Home in Bethalto. Memorials may be made to 5 A’s. An online condolence and guest book may be found at www.eliaskallalandschaaf.com .

The family of Melinda "Mindy" S. Slimick created this Life Tributes page to make it easy to share your memories.

Send flowers to the Slimick family.