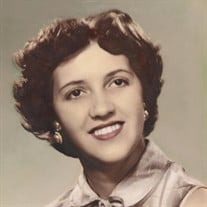 Dateline: Alton Mary Jane Legate, age 83, of Bunker Hill, passed away Tuesday, March 30, 2021 at Riverside Nursing and Rehabilitation Care in Alton. She was born April 26, 1937, in Jersey County the daughter of Walter and Edna (Calhoun) Klein. She married Oran Earl Legate on December 31, 1956 at Grafton Methodist Church and he preceded her in death on February 18, 2019. Mary was a member of the United Methodist Church of Bunker Hill. She enjoyed singing in the choir, gardening, and cooking. Her greatest joys were spending time with her family and going to family reunions. She is survived by four children and their spouses, Kathy Legate of Godfrey, Debra and Joseph Bevenue of Belleville, Terri and Andy Clothier of Jerseyville, and David Legate; eight siblings and their spouses, Ruth Ann and Lee Woods, Emily and David Carroll, Bill and Carlene Klein, Richard Klein, Roy and Carolyn Klein, Jean and Gary Pinkard, Diane and Richard Sunblade, and Susie and Byron (?); four grandchildren, Heather Rogers, Joseph Bevenue, Greg Clothier, and Stevie Legate; twelve great-grandchildren; and many other relatives and friends. In addition to her husband, Oran Earl; she is preceded in death by her parents; and three siblings, Margaret, Edwin, and Dale. Visitation will be held Sunday, April 11, 2021 from 4:00 to 8:00 pm at Elias, Kallal and Schaaf Funeral Home in Bethalto. Funeral services will be held Monday, April 12, 2021 at 10:00 am in the funeral home chapel. Burial will take place in Rose Lawn Memory Gardens. In lieu of flowers, memorials may be made to the National Multiple Sclerosis Society. Online condolences and guest book may be found at www.eliaskallalandschaaf.com

The family of Mary Jane Legate created this Life Tributes page to make it easy to share your memories.

Send flowers to the Legate family.