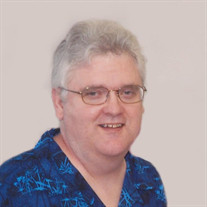 Dateline: Bethalto Mark Richards, 66, of Bethalto, passed away on Thursday, April 14, 2022, at 3:00 pm, at his residence. He was born on May 7, 1955, in Alton, IL, the son of Joseph H. and Delila V. (Futhey) Richards. Mark is a Veteran of the United States Military, serving in the Army for 8 years followed by the Navy for 12 years as a Corpsman. He served from 1975 to 1994 during the Peacetime in the Gulf War Era and Desert Storm. Mark was of the Christian faith. He enjoyed photography and was in many photography clubs, loved to play the guitar, and donate his time at animal shelters taking pictures for online adoptions. He also loved spending time with his family and friends. Survivors include his fiancé, Ashley M. Theis of Millstadt; his children, Andrew (Jenna) Richards of Bethalto, Trinity and Amellia Wimberly of Millstadt; a sister, Thelma Ray of Rosewood Heights; a brother, Robert (Jean) Richards of Brighton; three grandchildren, Hallie, Eden and Hudson; and numerous nieces, nephews, cousin, and dear friends. Mark was preceded in death by his parents; a sister, Jean Thomae; a brother, Michael Richards; and a niece, Gloria Lynn Meyer. Visitation will be held on Thursday, April 21, 2022, from 5 pm to 7 pm, at Elias, Kallal and Schaaf Funeral Home in Bethalto. A private burial will take place Jefferson Barracks National Cemetery in St. Louis, MO, with Rev. Kyle Armentrout-Steward officiating. Memorials can be made to the funeral home to help with expenses. Online condolences and guest book may be found at www.kallalandschaaf.com

The family of Mark Richards created this Life Tributes page to make it easy to share your memories.

Send flowers to the Richards family.