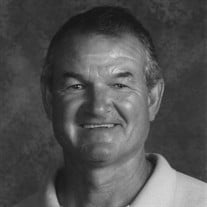 Dateline: Hardin Mark Bernard Baalman received his angel wings and went home to his eternal savior on March 21st, 2021, at the age of 54. Mark was born on September 13, 1966 in Alton, Illinois, the third of eight children of Dr. Bernard Baalman and Joan (Kokta) Baalman. He is survived by his wife Kristy (Gilman) of 29 years, and their three children, Kyndal (Nate) Brown of Carrollton, Alison Baalman (fiancé Cody Scnettgoecke) of Eldred, and Andrew Baalman of Hardin as well as two precious granddaughters, Emma Rose and Lucy Anne Brown. Mark is also survived by seven siblings, Kim (Rick) Eberlin of Grafton, Sue (Brett) Pohlman of Hardin, Tony (Maria) Baalman of Jerseyville, Matthew (Michelle) Baalman, Jeff (Karen) Baalman, Tim Baalman, and Brad (Stacy) Baalman all of Hardin. Brother-in-law and sister-in-law Kevin and Heather Gilman, mother-in-law and father-in-law Roger and Barb Gilman, all of Hardin along with twenty-three nieces and nephews, two great nieces and one great nephew. He was proceeded in death by his maternal grandparents Joseph and Ann Kokta, Della Kokta, and his paternal grandparents Tony and Frieda Baalman, five uncles, Clifford Martin, Douglas King, Ernie Walker, Brother William Baalman, James Baalman, and Bob Baalman, one aunt, Dorothy Martin, seven cousins, Holly Wagner, Julie Williams, Sarah Walker, Jacob Walker, Paul Baalman, Bart Eroncig, and Chloe Baalman. Mark attended St. Norbert’s School in Hardin and Calhoun High School where he graduated in 1984. After high school he attended SIU-Edwardsville where he earned his bachelor’s degree in elementary education and then eventually received his master’s degree in Kinesiology. Mark and his five brothers were on the forefront of the commercial mussel shell industry that exploded during the 90s in our area. During that time, he developed some lasting friendships and learned many life lessons. He and his brother Jeff also continued to dive for barge lines and local companies where their services were needed. He could easily be recognized by “5DIVER” on his truck license plate. Mark enjoyed the last 26 years at Calhoun Unit #40 as “Mr. B” where he taught P.E. and health. His title was more than just a Physical Education teacher. He was a friend, a mentor, a confidant, a co-worker, role-model and coach. He always strived to better the lives of those kids that were less fortunate. He, along with many of his co-workers made sure no child came to P.E. without a clean pair of gym shoes. This is evident if you were to visit his office and witness the multiple boxes of gym shoes stacked on the shelves. Mark had a way with young adults that was truly a gift. He enjoyed coaching high school boys’ basketball and baseball at Calhoun High for a few years before handing those jobs over to focus on his own children. He coached basketball at the grade school level for many years along with summer girls’ softball. He had a love for sports and was always very competitive, playing on a men’s fastpitch team and also slow-pitch softball leagues throughout the years. His competitiveness and drive overflowed into all aspects of his life. Mark and Kristy started Baalman’s Produce over 20 years ago with the help of his father who is still involved in the business. During that time, Mark had the privilege of working with all three of his children, nieces and nephews and other young adults on the farm. He worked tirelessly to make his business reputable. To this day people travel far and wide to purchase a “Baalman” tomato. Mark was a lifelong member of his community and a member of St. Francis of Assisi Catholic Church. He volunteered for St. Vincent DePaul of Calhoun. He was a Calhoun Knights of Columbus member and a member of The Calhoun Farm Bureau. Mark participated in and supported the local Koininia and also participated in Cursillo. He enjoyed the outdoors and especially loved duck hunting and spending time on the family island. He loved boating and being on the water with family and friends. Mark never knew a stranger. He will always be remembered for his contagious smile in addition to his humble and generous nature that will be missed by everyone that had the privilege of knowing him. A memorial visitation will be held at the Hardin Elementary School gymnasium on Sunday, March 28th, immediate family from 12-1pm, extended family and close personal friends from 1-2pm, followed by open visitation from 2-6pm. A private funeral mass will be held on Monday, March 29th at 10am at St. Francis of Assisi in Hardin with open graveside services to follow. Father Don Roberts will officiate with Deacon Mike Hagen assisting. In lieu of flowers memorials may be made to St. Vincent DePaul of Calhoun, Warrior Pride or Family’s Choice. Gress, Kallal, and Schaaf Funeral Home is handling the arrangements.

Dateline: Hardin Mark Bernard Baalman received his angel wings and went home to his eternal savior on March 21st, 2021, at the age of 54. Mark was born on September 13, 1966 in Alton, Illinois, the third of eight children of Dr. Bernard Baalman... View Obituary & Service Information

The family of Mark B. Baalman created this Life Tributes page to make it easy to share your memories.

Send flowers to the Baalman family.