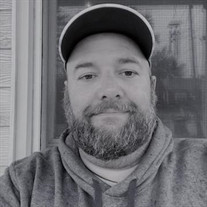 Dateline: Bethalto Kevin Dale Kremke, 42, of Bethalto, passed away on Friday, February 12, 2021 at 7:15 am at his home. He was born April 13, 1978 in Alton, Il the son of Harlan and Sandra (Ray) Kremke. Kevin was an avid hunter, hunting geese, deer, and ducks. He was also a Dallas Cowboys Football fan. He enjoyed four wheeling, fishing, playing video games with his son, and watching movies: especially A Christmas Story and Christmas Vacation. Kevin is survived by his mother, Sandra Kremke of Bethalto, IL; children, Casey Lee Kremke of Fargo, ND, Hunter Harlan Kremke of Bethalto, and Gage Jaxson Kremke of Bethalto; a sister, Kylie Kremke of Alton; a niece, Mariah Kremke of Alton; aunts, Janet Friedel (Lee) of Bethalto, Sally Wagnor of Ord, NE, and Sandy Ray of Redbud, IL; along with several cousins and numerous hunting buddies. He was preceded in death by his father, Harlan; both maternal and paternal grandparents; two uncles, Larry Ray and Darrell Kremke. A Memorial Visitation will be held on Wednesday, February 17, 2021 from 5:00 pm until 7:00 pm at Elias Kallal and Schaaf Funeral Home in Bethalto. Memorials can be made to Sandra Kremke for his Children’s College Education Fund.

The family of Kevin Dale Kremke created this Life Tributes page to make it easy to share your memories.

Send flowers to the Kremke family.