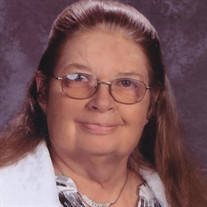 Dateline: Bunker Hill Kathryn “Kathy” J. Gowin, 68, of Bunker Hill, passed away on Thursday, June 23, 2022, at 1:33 am, at her residence. She was born in St. Louis, on December 2, 1953, the daughter of Ronald and Shirley Skaggs. She married Joseph R. Gowin on September 18, 1976, in Florissant, MO. He preceded her in death on April 17, 2009. Kathy was a teacher’s aide for the Bethalto School District. She was a member of Zion Lutheran Church in Bunker Hill and Amateur Trap Shooting Association and enjoyed all shooting sports and teaching kids to shoot. She also loved spending time with her family, especially her grandchildren. Along with her mother, Shirley, she is survived by two stepmothers, Edith Skaggs and Theodora Skaggs, both of St. Louis; her children, Kristina (Allen) Gowin of Bunker Hill, and William “B.J.” (Ashley) Gowin of Winfield, MO; a sister, Phyllis Stadler of St. Louis; a brother, Edward Skaggs of St. Charles, MO; three grandchildren, Juliene, Brandon, and Emmy-Lou; and several nieces, nephews, cousins, and friends. Her father preceded her in death. A visitation will be held on Monday, June 27, 2022, from 4 to 7 pm at Elias, Kallal and Schaaf Funeral Home in Bethalto. A private burial will take place at Bunker Hill City Cemetery. Memorials can be made to Brittany Shooting Park and/or a college fund for her grandchildren. Online condolences and guest book may be found at www.kallalandschaaf.com

The family of Kathryn "Kathy" J. Gowin created this Life Tributes page to make it easy to share your memories.

Send flowers to the Gowin family.