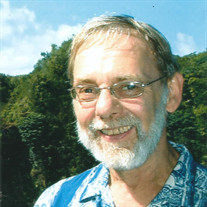 Dateline: Alton John (Randy) Markham passed away at his home on July 27, 2021. Randy was born on December 3, 1950, to John and Sevilla Markham, who preceded him in death. His brother Greg, sister Heidi, granddaughter, Jada Lynn Graves also preceded him in death. Randy is survived by his wife, Linda Ritter Markham; daughters, Debra Markham of Wappapello, MO, Denise Graves of Hartford, IL, Amy Markham of Alton, IL; and a stepson, John Watts of East Alton, IL. Randy is survived by 13 grandchildren and 11 great-grandchildren. Also surviving is his sister, Gloria Markham (Bill) Biel of Las Vegas, NV; nephews, Sean Settles, Nicholas Markham; honorary nephews, Scott Legge and Steven Legge; and a niece, Teresa Biel. He was a graduate of Alton High School (1969) and Ranken Technical College (1971). Randy was the owner/operator of Randy’s Heating and Air for over 40 years until his retirement due to his health. Many of his customers became his friends. Randy never knew a stranger and made friends wherever he went. He loved playing poker around the kitchen table, at the casinos or in a tournament. He won a free entry into the World Series of Poker Tournament in 2017 and placed money in 2 separate events! He was always ready for any fun whether it was parachuting, scuba diving, zip lining or taking a trip known as Randy, Linda, Bill and Gloria’s Excellent Adventures. Their travels included Hawaii, Florida, Arizona, New Mexico, Colorado, South Dakota, Minnesota, Tennessee, Missouri, Nevada, Louisiana, and Mexico. By land, air or sea Randy always made sure we had fun even on our infamous cruise from Hell! Celebration of life memorial visitation will be held on Wednesday, August 4, 2021 from 1 pm until time of service at 3 pm at Elias, Kallal and Schaaf Funeral Home in Bethalto. Kendra Hougland will officiate. The family asks in lieu of flowers that you make a contribution to your favorite charity or perform an act of kindness for a stranger in Randy’s honor. Online condolences and guest book may be found at www.eliaskallalandschaaf.com

The family of John "Randy" Markham created this Life Tributes page to make it easy to share your memories.

John (Randy) Markham passed away at his home...

Send flowers to the Markham family.