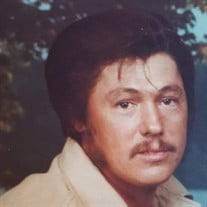 Dateline: Medora John “Johnny” Alfie Bell, age 73, of Medora, passed away Sunday morning, May 2, 2021 at his home with his family by his side. Johnny was born March 27, 1948 in Alton to the late James Robert and Mabel (Hayes) Bell. He married Rochelle Wright on September 20, 1998 and she survives. Johnny worked as a contractor all his life and enjoyed fishing, camping and just spending time with his family. In addition to his wife, Rochelle; he is survived by two daughters and their spouses, Tara and Harold Wright of Kemper and Candis and Dane Ruyle of Cottage Hills; two step-sons and their spouses, John and Jess Bell of Alton and Roger Wright of Kemper; three brothers, James and Rhonda Bell of Medora, Charles Bell of Medora, and Jack and Karen Spitzner of South Roxana; a sister, Bonnie Webb of East Alton; and nine grandchildren, Audrey, Owen, Paige, Kaleigh, Cooper, Hope, Kenna, Jaydin, and Dane Jr.; and many nieces, nephews, and great-nieces and nephews. Johnny was a wonderful man who will be greatly and deeply missed. In addition to his parents; he is preceded in death by four brothers, Harry, James, Al Ronald, and Gary; and a sister, Pansy. Visitation will be held Saturday, May 8, 2021 from 11:00 am until the time of the Memorial Service at 1:00 pm at Elias, Kallal and Schaaf Funeral Home in Alton with Jack Spencer officiating. A private family burial will take place at a later date. In lieu of flowers, contributions may be made to his wife, Rochelle, to offset funeral expenses. Elias, Kallal and Schaaf Funeral Home is in charge of arrangements. Online condolences and guest book may be found at www.eliaskallalandschaaf.com

The family of John A. Bell created this Life Tributes page to make it easy to share your memories.

Send flowers to the Bell family.