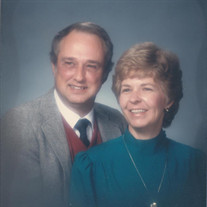 Jerry Dale Farmer, 83, passed away Friday, December 25, 2020 at his home surrounded by his loving family. He was born on January 26, 1937 in Winchester, Indiana, the son of Kenneth & Ruth (Coates) Farmer. Jerry married Janet M. Schmuck on April 12, 1958 at St. Matthew’s Church in Alton. She survives. Jerry attended Westminster College and later Washington University where he was actively involved with Phi Delta Gamma fraternity. He took great pride representing their values - Friendship, Knowledge, Service, Morality and Excellence. Jerry worked as an Engineer in the safety industry until retirement. He was active with the Lion’s Club, which introduced him to many life-long friends and respected business associates. Jerry was an avid outdoorsman, who loved to hunt and shared a similar passion for his favorite sports teams, the New York Yankees, and Green Bay Packers. In addition to his wife, Janet, he is survived by three sons, and daughters-in-law, Bradley and Diane Farmer of Alton, Brian and Julie Farmer of Punta Gorda, FL and Boyd and Lenore Farmer of Westmont, IL; six grandchildren; five great-grandchildren; a sister, Marcia Day of Bethalto; and many nieces and nephews. In addition to his parents, he was preceded in death by a sister, Nancy Lock. Per the family’s wishes, cremation rites will be accorded. Elias, Kallal and Schaaf Funeral Home in Godfrey are entrusted with professional services. The family will host a Celebration of Life in the Spring of 2021. In lieu of flowers, memorials may be made to St. Jude Children’s Research Hospital.

The family of Jerry Dale Farmer created this Life Tributes page to make it easy to share your memories.

Send flowers to the Farmer family.