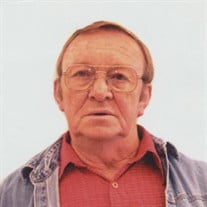 Jerry Dale Cox Sr., age 78, of Alton, died peacefully in his home with his family by his side on Saturday, February 20, 2021. He was born to Monroe and Iva Cox in Eldorado, Illinois. He retired from Conagra in 2005. Jerry was a devoted husband and a loving father, grandfather, and great-grandfather. He was directly involved with his children’s sports; he was a soccer coach and a positive mentor to many. He enjoyed horses, camping, vacationing, and wrestling. Jerry was always cheering his children, grandchildren, and great-grandchildren on during any sport activity they participated in. Jerry is survived by his beloved wife, Sharon Kay (Mathews) Cox. They were united on November 26, 1959. Together they have four children, Jerry Jr. (Julie) Cox of Moro, IL, Gary (Debbie) Cox of Alton, IL, Terry (Tim) Shewmake of Godfrey, IL, and Larry (Sherri) Cox of Alton, IL. He has twelve grandchildren, Nicole (fiancée Mike Bridgeman) Cox, Erica (fiancée Martin Miller) Dooley, Amber Cox, Jerry D. (Courtney) Cox III, Shelbi (fiancée Jake Diamond) Cox, Gary Cox Jr., Crystal Cox, Joshua Shewmake, Jeremy Shewmake, Breanne (Luke) Bonnell, Samuel (Angela) Cox, and Tabitha Cox, along with twenty-four great-grandchildren, and many nephews, nieces, and cousins. A surviving sibling is Shirley Torrez of Bunker Hill, IL. He is also survived by a sister-in-law, Shirley Cox of Arizona, and a brother-in-law, Riley (Gloria) Mathews of Alton, IL. He is preceded in death by his parents, Monroe and Iva Cox, along with seven brothers; Ralph Cox, Clifford Cox, Harry Cox, Reginald Cox, Randall Cox, and James Cox, two sisters; Rose Rodgers and Doris Hiller, and one grandson; Seaman Apprentice, Sean Dooley. Visitation will be held Wednesday, February 24, 2021 from 4:00 PM until 8:00 PM at Elias, Kallal and Schaaf Funeral Home in Alton. Funeral services will be held Thursday, February 25, 2021 at 10:00 AM in the funeral home chapel. Burial will take place in Rose Lawn Memory Gardens. In lieu of flowers, contributions may be made to American Cancer Society.

Jerry Dale Cox Sr., age 78, of Alton, died peacefully in his home with his family by his side on Saturday, February 20, 2021. He was born to Monroe and Iva Cox in Eldorado, Illinois. He retired from Conagra in 2005. Jerry was a devoted husband... View Obituary & Service Information

The family of Jerry Dale Cox Sr. created this Life Tributes page to make it easy to share your memories.

Send flowers to the Cox family.