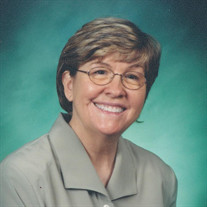 Dateline: Bethalto Jean K. Webb, 75, of Bethalto, passed away on Monday, March 15, 2021 while at Christian Northeast Hospital in St. Louis. She was born in Alton, IL, on August 25, 1945, the daughter of Eugene “Dixie” and Billy (Speer) Lenhardt. She married Richard T. Webb in Alton on September 5, 1963. He survives. Jean was an owner/operator for Lenhardt Tool and Die. She was a member of Abundant Life Christian Center in Alton and enjoyed reading, her cats (Gus and Hannah), puzzles, going to church and spending time with her family and friends. Along with her husband, Richard, she is survived by her children, Kenny (Marilee) Webb of Bethalto and Bill Webb of Bethalto; grandchildren, Lindsey (Chris) Henson of Mason, OH, Jacob Webb and Savanna Durr of Bethalto, Dylan Webb of Pocahontas, IL, and Katie Webb of Pocahontas, IL; a brother, Jack (Nancy) Lenhardt of Osage Beach, MO; a best friend, Stephanie Henesler of Meadowbrook; a cousin, Sheila Holland of Thompsonville, IL; and special nieces, Becky Egan, Sheri Huntsman and Marsha Estes. Jean was preceded in death by her parents; and a brother, Ken Lenhardt. Visitation will be held on Thursday, March 18, 2021 from 10 am until time of service at 12 pm at Abundant Life Christian Center in Alton. Pastor Roy Rhodes will officiate. Burial will follow at Rose Lawn Memory Gardens in Bethalto. Elias, Kallal and Schaaf Funeral Home in Bethalto is in charge of arrangements. Online condolences and guest book may be found at www.eliaskallalandschaaf.com

The family of Jean K. Webb created this Life Tributes page to make it easy to share your memories.

Send flowers to the Webb family.