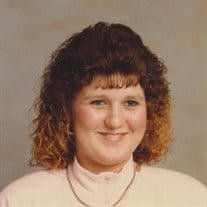 Dateline: Alton, Illinois Janet Louise Starkey, 51, passed away Monday, February 28, 2022 at Alton Memorial Hospital. She was born on January 17, 1971 in Alton, IL to Cecil "Jack" and Ida Louise (Kenshalo) Starkey. Janet enjoyed needlepoint and crocheting. She enjoyed many TV programs. Janet is survived by her mother, Ida Stakey of Alton; her siblings and their spouses, Tammy and Randall Geisen of Edwardsville, and Tim and Sheila Starkey of Alton, and a brother, Jack Dean Starkey; an aunt, Lorretta Moore; an uncle, Larry Kenshalo; nieces, Jennifer and Lesy; nephews, Randy Jr., Steven, James, and Jason; and many other relatives and friends. She was preceded in death by twin sons, Justin and Jesse; her father, Cecil "Jack" Starkey; a brother, William "Bill" Kenshalo; and her grandparents. Visitation will be held Friday, March 4, 2022 from 10:00 am until the time of service at Noon at Elias, Kallal & Schaaf Funeral Homes, Alton, Illinois. Burial will take place in Upper Alton Cemetery.

The family of Janet Louise Starkey created this Life Tributes page to make it easy to share your memories.

Send flowers to the Starkey family.