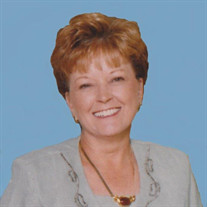 Dateline: Bethalto Jacqueline “Jackie” L. Stilley, 76, of Bethalto passed away at 8:50 am on Monday, March 1, 2021 at her home surrounded by her family. She was born on August 30, 1944 in Alton, IL the daughter of Howard F. and Marie (Lipsey) Williams. On June 22, 1963 Jackie married Morris D. Stilley at St. Paul’s in Rosewood Heights, Il. He preceded her in death on October 14, 2009. Jackie worked for St. Claire’s Hospital for 21 years as a Medical Receptionist for Hematology and Oncology Department, retiring in August of 2008. She was a member of St. Paul’s Methodist Church in Rosewood Heights, enjoyed swing dancing with her friends, gardening, watching movies, traveling and spending time with her family. Jackie is survived by her daughter, Kimberly McClellan (Jay) of Wood River, IL; a sister, Sherry Smith (Don) of Alton, IL; a grandson, Christopher McClellan (Janie) of Rosewood Heights, IL; two great grandchildren, Rylee and Brodee; a nephew, Brock Smith (Trisha) of St. Louis, MO; and a devoted friend, Buddy Marchiori of Bethalto, IL. She was preceded in death by her parents and husband, Morris. A celebration of Life will be held on Saturday, March 6, 2021 from 9:30am until the time of service at 11:00 am at the Elias Kallal and Schaaf Funeral home in Bethalto. Memorials can be made to Shriners Children’s Hospital or the American Cancer Society. Online condolences and guest book may be found at www.eliaskallalandschaaf.com

The family of Jacqueline "Jackie" K. Stilley created this Life Tributes page to make it easy to share your memories.

Send flowers to the Stilley family.