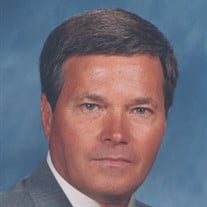 Date Line: Bethalto Jack Heflin, 78, of Bethalto, IL, passed away on Monday, October 18, 2021, at home with his family by his side. He suffered with acute Myeloid Leukemia. Born Jackie Loren Heflin on September 6, 1943, he was the youngest son of the late Jenson Orval and Lois Mae (Wisdom) Heflin, in Alton, IL. Jack was a 1961 graduate of Civic Memorial High School where he played basketball, football and ran track. He was on the Alton Evening Telegraph’s 1960-61 All District Basketball Team. At age 17, Jack followed his brother, Lloyd, into the bricklaying trade. He was a respected bricklayer for 44 years with the Labor Local 8 out of Belleville. In the 1970s, he taught the apprenticeship program at Belleville Area College. Jack married the former Sharon Kay Oliver on July 24, 1964, in the First Baptist Church of Cottage Hills. She survives. They were married 57 years. Also, surviving are a son, Brett Heflin, and daughter-in-law, Amy, and a daughter, Ginger Wehmeier; 5 grandchildren, Kyleigh, Ian and Trent Heflin, Makenna and Paige Wehmeier, all of Bethalto; a sister and brother-in-law, Gayle and Larry Hausman of Herrin, IL, and a sister, Donna Sasek of Alton. Preceding him in death were his parents and brothers, Lloyd Heflin and Gary Heflin. Jack was a member of Zion Lutheran Church in Bethalto. Visitation will be on Friday, October 22, 2021, from 10 am until time of service at 1 pm, at Elias, Kallal and Schaaf Funeral Home in Bethalto. Pastor Kale Hanson will officiate. Burial will follow at Rose Lawn Memory Gardens. Memorials can be made to Zion Lutheran School, Boys and Girls Club of Bethalto and/or BJC Hospice. Online condolences and guest book may be found at www.eliaskallalandschaaf.com

Date Line: Bethalto Jack Heflin, 78, of Bethalto, IL, passed away on Monday, October 18, 2021, at home with his family by his side. He suffered with acute Myeloid Leukemia. Born Jackie Loren Heflin on September 6, 1943, he was the youngest... View Obituary & Service Information

The family of Jack Heflin created this Life Tributes page to make it easy to share your memories.

Send flowers to the Heflin family.