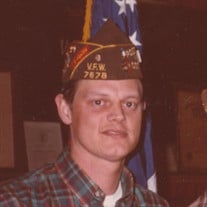 Dateline: Alton Harry “Gene” E. Calvin, Jr., 73, of Alton, passed away on Wednesday, June 23, 2021, at 3:31 am at his residence under the care of BJC Hospice. He was born in Granite City, IL, on May 29, 1948, the adopted son of Harry E. and Phylomine (Ervin) Calvin. Gene’s birth parents were Jack P. Maxvill and Vivian Wilson. He married Martha Beckham on June 14, 1969, in Meadowbrook. Gene is a United States Army Veteran, serving from 1967 to 1970. He worked at Laclede Steel as an inspector before retirement. He was a member of the Cottage Hills VFW Post 7678 and The Disabled American Veteran’s Chapter 90 of Edwardsville. He enjoyed yardwork, outdoors, hunting, fishing, and spending time with his family and friends. Along with his wife, Martha, he is survived by his children, Kevin Calvin of Grafton, and Bradley Calvin of Alton; a grandson, Mitchell Calvin; three great-grandchildren, Kennedy, Gracelyn, and Noah; and his siblings, Steve Maxvill, Beverly Harrison, Roger Titchenal, Paula Hanson, Cathy (Mike) Augustine, and Kim (Tim) Wild. Gene was preceded in death by his parents, and two brothers, Jack Calvin, and Phillip Maxvill; and two sisters, Karen Houston and Charlene Tackaberry. Visitation will be on Sunday, June 27, 2021, from 1 to 4 pm at Elias, Kallal and Schaaf Funeral Home in Bethalto, where services will be held on Monday, June 28, 2021, at 1 pm. Burial will follow at Rose Lawn Memory Gardens in Bethalto with full military honors performed by the Alton VFW Post 1308. In lieu of flowers, memorials may be made to the family. Online condolences and guest book may be found at www.eliaskallalandschaaf.com

The family of Harry "Gene" E. Calvin Jr. created this Life Tributes page to make it easy to share your memories.

Send flowers to the Calvin family.