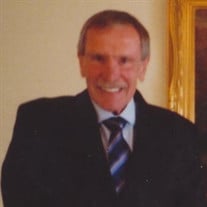 Dateline: Bunker Hill, IL Gregory “Greg” W. Pitts, 68, of Bunker Hill passed away on Tuesday, July 13, 2021, at 5:06 pm at his home. He was born on January 22, 1953, in Alton, IL, the son of Dr. I.W. “Bill” and Lola Marie (Fensterman) Pitts. Greg graduated from Alton High School in 1971. He was a Boy Scout in grade school and was a Drum major with the Marching 100 in Jr. High and in High School. He was also in various committees and a member of many school clubs while attending there. Greg was also a musician with a locally famous band, Blue Spring. They played at various venues around the St. Louis area. Greg attended Lewis and Clark College before re-locating to Blue Springs, MO to work for A.D.T. alarms. He rapidly became one of their top salesmen and was promoted to the Regional Manager over Missouri, Kansas, and Omaha Nebraska. After A.D.T., Greg, along with his business partner, Don Joyce, created Royal Knit, a company specializing in Prosthetic socks. He served as the President of the company and helped grow it to the international success it is today, even being featured on the cover of People magazine. Greg loved living on the water at Lake Tapawingo. He served on various committees there and made life-long friends. After retirement, he moved back to the Alton area to be closer to his family. Greg was a member of College Avenue Presbyterian Church. He loved all types of adventures, whether it was traveling, going to music concerts or anything involving water. He also had a great appreciation for Art, Architecture and Historical places. All children and animals seemed drawn to Greg. He is survived by his sister and brother-in-law, Barb, and Craig Smith; a nephew and his wife, Craig, and Michelle Smith; a niece, Alaina Pitts; two great nieces, Haley Monroe and Addy Smith. Also surviving are two former spouses, Cindy Darrah and Rita Wildenhoefer; his beloved Aunt, Dorothy Stacy; sister-in-law, Niki Pitts; and special cousins and friends who he considered family. In addition to his parents, he was preceded in death by a son, Michael Gregory Pitts; a brother, Rod Pitts; a sister, Mary Gaye Pitts; and a nephew, Jason Pitts. Per his wishes cremation rites will be accorded with Elias Kallal and Schaaf Funeral Home in Alton. A celebration of life will be held on Saturday, September 11, 2021 from 2:oo pm until 6:00 pm; with a memorial service at 3:00 pm at 3rd Chute in Alton, IL. Burial of ashes at Upper Alton Cemetery will take place at a later date. Memorials are suggested to an animal rescue of your choice or to plant a tree in his memory. Friends and family may leave a funny memory, share Online condolences, and sign the guest book at www.eliaskallalandschaaf.com

The family of Gregory "Greg" W. Pitts created this Life Tributes page to make it easy to share your memories.

Send flowers to the Pitts family.