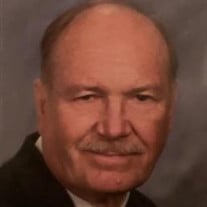 Dateline: Brighton, IL Glenn A. Reinhardt Sr., 80, of Brighton, IL passed away on Friday, December 18, 2020 at 8:35 pm at Alton Memorial Hospital. He was born in Centralia, IL on June 24, 1940, the son of Rev. Wilbur O. and Adra (Moore) Reinhardt. On June 25, 1960 he married Carol E. Vanderhei. She survives. Glenn was hired on at Olin Corp. in 1967 as an electrician and later was promoted to Electrical General Foreman until his retirement in 1997. He was a member of Main Street United Methodist Church in Alton, IL for 50 years, as well as a member and Past Master of Masonic Temple Franklin Lodge No. 25. Glenn enjoyed time with family and friends, the outdoors, fishing, his horses and dog, Buddy. Surviving are his wife, Carol; two children, Glenn A. Reinhardt Jr. (Kathy) of Brighton, IL and Susan E. Reinhardt of Carlinville, IL; along with two grandchildren, Kristin N. Reinhardt, and David A. Reinhardt. Preceding him in death were his parents and sister, Arda M. Robinson. A private visitation will be held on Tuesday, December 22, 2020 at Elias Kallal and Schaaf Funeral home in Bethalto, IL. Burial will follow at Rose Lawn Memorial Gardens in Bethalto. Memorials can be made to Main Street United Methodist Church in Alton.

The family of Glenn A. Reinhardt Sr. created this Life Tributes page to make it easy to share your memories.

Send flowers to the Reinhardt family.