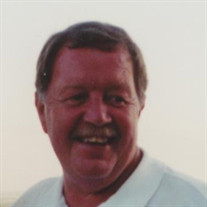 Dateline: Alton, Illinois Gary D. Nickens, 78, of Alton, IL passed away on Sunday, May 29, 2022 at 1:24 pm at his home surrounded by his family. He was born on July 29, 1943 in St. Louis, Mo the son of Dwight and Iona (Wagner) Nickens. On July 4, 2001 Gary married Melanie (Kahney) Pace in Grafton, IL. He attended the University of Missouri in Rolla where he earned his Bachelor’s Degree. He was a member of the Sigma Phi Epsilon fraternity and served as the President of the IFC. Gary retired from Watlow Electric as a Mechanical Engineer. He was an avid Mizzou football and basketball fan along with the St. Louis Blues. He enjoyed golfing, fishing, spending time with family and friends. He is survived by his wife, Melanie Nickens of Alton, IL; a stepdaughter, Jessica (Paul) Boyd of Alton, IL; grandchildren, Jackson and Elise Boyd of Alton, IL and Madison Pace of Minnesota; and cousins, Bobette (Steve) Lalumondier and Van Cox, Gus (Leslie) Wagner, Connie (Scott) Brosz, Randy Wagner, and aunts Carol Wagner and Lucy Wagner. He was preceded in death by his parents; and a step-son, Jeffery “J.T.” Pace along with several aunts and uncles. Cremation rites are entrusted to Elias Kallal and Schaaf Funeral Home in Alton, IL. A Celebration of Life will take place on Saturday, June 18, 2022 from 1:00 pm until 4:00 pm at Bluff City Bar and Grill in Alton, IL. Memorials may be made to the Alzheimer’s Association, BJC Hospice, or the American Cancer Society. Online condolences and guest book may be found at www.kallalandschaaf.com

The family of Gary D. Nickens created this Life Tributes page to make it easy to share your memories.

Send flowers to the Nickens family.