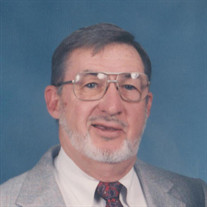 Dateline: Bethalto Frank Frederick Graser, 90, of Bethalto, passed away on Wednesday, December 9, 2020 at 12:05 pm, due to Covid-19. He was born on January 22, 1930 in Port Indian, PA, the son of Frank F. and Dorothy A. (Risk) Graser, Sr. He married Bobbye Louise Owen on January 7, 1953 in Folkson, GA. She preceded him in death on December 17, 2002. Frank served in the US Navy from 1947 to 1951. He worked as an A&P Mechanic for various airlines before he was hired by McDonnel Aircraft (now Boeing), retiring after 30 years. He was a proud father, grandfather, and great-grandfather. Frank was an avid birdwatcher, a member of the Bunker Hill Knife Club, Mississippi Garden Club, Illinois Chapter of the National Audubon Society, and a regular volunteer at the Two Rivers Wildlife Refuge. He coached little league baseball and was a Scout Master, spent his Monday mornings drinking coffee with his “knife buddies,” and he was a member of Bethalto UMC. Survivors include his two sons, Frank Frederick and Jeffrey Owen (Faith); a daughter-in-law, Sharon Graser-Reller; three grandsons and their wives, Casey (Jenny) Grider, Frank (Jules) Graser, and Ben (Emily) Graser; three granddaughters and their husbands, Milinn (Colin) Kremitzki, Maisie (Brandon Schneider) Graser and Marlee (Dr. Andy Hall) Graser; and ten great-grandchildren. Funeral services will be private for the family at Elias, Kallal and Schaaf Funeral Home in Bethalto, with Pastor Bill Pyatt officiating. Burial will follow at Rose Lawn Memory Gardens in Bethalto. Along with his parents and wife, Bobbye; Frank was preceded in death by two sisters, Dorothy Wilmer and Ruth Tomlinson. Memorials can be made to the Bethalto United Methodist Church. Online condolences and guest book may be found at www.eliaskallalandschaaf.com

The family of Frank F. Graser Jr. created this Life Tributes page to make it easy to share your memories.

Send flowers to the Graser family.