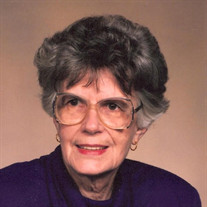 Frances (Pat) Jeanne Crawford, age 91, a kind woman, devoted wife and loving mother passed away Thursday, February 17th, 2022. She was born November 16th, 1928 in Milwaukee, WI and raised in Sioux City, IA growing up during the Great Depression and World War II. She attended Sacred Heart Catholic Grade School and Cathedral Catholic High School in Sioux City, IA in 1947. After high school she did odd jobs and eventually made her way to Wichita, KS where she met the love of her life and future husband, Chester (Chet) Crawford. They married on Valentine’s Day in 1953 at St. Patrick’s Catholic Church in Wichita, KS and moved to the small town of Maize, KS just northwest of Wichita to start a family. There they had four children. Her husband, who was employed at Airco Industrial Gases, accepted a job transfer to the Airco gas reduction plant in East Alton, IL in 1965 and the entire family resettled from Kansas to Alton, IL. Pat, as she was known to all, loved playing cribbage, rummy and the marble game Aggravation with the neighbors and was a voracious and avid reader. She was very active with the church volunteering much of her time during her retirement at St. Matthews in Alton and later at St. Ambrose in Godfrey, IL. She enjoyed cooking and listening to classical and folk music. She and her husband Chet enjoyed opening their home to many foreign exchange students and teachers from Germany and Mexico and hosted countless foreign tennis players during the summer. She had a fun loving and an easy-going personality. She was preceded in death by her husband Chester (Chet), brother Jerome Casey of California and parents Edna and James Casey of California. She is survived by a brother, Jim Casey of California, her son David Crawford of Saint Jacob, IL, daughter Linda (Byron) Sutton of Godfrey, son Larry (Isabella) Crawford of Rock Springs, WY and son Joseph (Lisa) Crawford of Godfrey. Also surviving are 5 grandchildren Michael, Alexandra, Trevor and Erin and 5 great grandchildren Orrin, Sophie, Layla, Harry, Vivian and Benjamin. Cremation rites will be accorded. Professional services are entrusted to Elias, Kallal and Schaaf Funeral Home in Godfrey. A memorial service is being held at 10 am, Thursday, February 24, 2022 at St. Ambrose Catholic Church. Father Steven Janoski will officiate. In lieu of flowers, memorials are suggested to St. Ambrose Catholic Church. Online condolences and guestbook may be found at www.kallalandschaaf.com.

The family of Frances "Pat" Jeanne Crawford created this Life Tributes page to make it easy to share your memories.

Send flowers to the Crawford family.