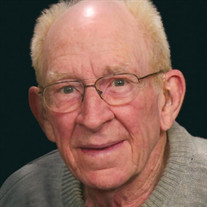 Dateline: Alton, IL F. Joe Poindexter, 84 of Alton, Il passed away on Tuesday, December 8, 2020 at 5:49 am at Alton Memorial Hospital. He was born on March 18, 1936 in Alton, Il, the son of Frank and Mae (Haynes) Poindexter. On June 1, 1961 Joe married Beverley Ann Delaney in Alton, IL. Joe was considered a jack of all trades, owning and operating many small businesses around the Alton area; one being owner of Brakes Plus Auto Repair for 27 years. He enjoyed spending time with his family and family was one of the most important things to him. Joe also enjoyed watching NASCAR and going to car shows. He is survived by his children, George Poindexter (Karla) and Noelle Reedy (Matt) both of Alton, IL; grandchildren, Cory Poindexter (fiancée Brittany) of Granite City, IL, Alyssa DeClue (Dustin) of Valley Park, MO, Xander Reedy and Max Reedy both of Alton; great grandchildren, Hayley Stroud, Aden Poindexter, and Owen Poindexter; and two brothers, Dale Poindexter (Janis) of Godfrey, IL and Guy Poindexter (Lynn) of Fairfield Glade, TN. Joe was preceded in death by his parents, wife, and a great grandson, Mason Poindexter. A Private family visitation will be held on Saturday, December 12, 2020. Memorials may be made to the American Lung Association

The family of F. Joe Poindexter created this Life Tributes page to make it easy to share your memories.

Send flowers to the Poindexter family.