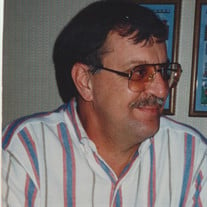 Dateline: Alton Donald J. Schulz, 77, of Alton, IL passed away on Friday, April 30, 2021 at 1:38 pm at his home. He was born on October 9, 1943 in Alton, IL the son of Victor and Bernolda (Fechtel) Schulz. He married Leslie Jean Albers, she survives. Donald served his country in the United States Army from December 20, 1965 until December 19, 1971 during the Vietnam War. He was an Electrician for Local 649 until he retired. Donald was also an assistant Grounds Keeper at St. Joseph’s Cemetery and an assistant Electrician at St. Mary’s Catholic Church in Alton. He spent a lot of his time volunteering at the VFW, Oasis, and Salvation Army. Donald was a very thoughtful person and was always willing to lend a helping hand to anyone in need. He enjoyed being outside doing yard work, mowing and most of all, spending time with his family. Donald is survived by his wife, Leslie, two daughters, Kirstin (Mark) of Godfrey and Becky of Alton; a step-son, Brian Davis of Alton; a granddaughter, Miranda Walters; sister, Susan Zigrang (Tom) of Godfrey; two nephews, Todd and Mark Zigrang who he had a special bond with; sister, Karen Wallace (John) of Florida; and nieces and nephews, Sarah Evans, Claire Ryan, Peter, David, Adam Wallace, Lauren Quilan, and several cousins. He is preceded in death by his parents. Visitation will be held on Friday, May 7, 2021 from 4:00 pm until 7:00 pm at Elias Kallal and Schaaf Funeral in Godfrey. Funeral Services will be held on Saturday, May 8, 2021 at 10:00 am at the Funeral Home. Memorials may be made to St. Joseph’s Cemetery in Alton.

The family of Donald J. Schulz created this Life Tributes page to make it easy to share your memories.

Send flowers to the Schulz family.