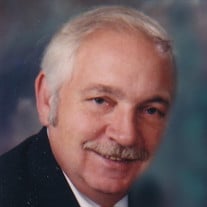 Donald Ray Rhodes, loving husband, father, son, brother, and friend to many. Born August 24, 1938 and welcomed home by his heavenly father on January 23, 2021. Donald was born to Ida Mae (Carlton) and Clay Stone Rhodes in Tallapoosa, Missouri. He was the baby of the family of nine children. He is survived in death by his wife of 63 years Ruby Lee (Byer) Rhodes; a son, Donald Bruce (Melanie) Rhodes and their daughter, Rachel Rhodes; a daughter, Donna Lee (Stan) Ragsdale and their children, Michael (Nicole) Ragsdale and Katherine Ragsdale; a son, Glenn (Bobbie) Rhodes and their children, Aaron (Kayla) Rhodes and Matthew (Kelly) Rhodes. Donald has four great-grandchildren, Leo, Eloise, Aubrielle and Trenton. He was preceded in death by his parents, Ida and Clay; siblings, Carl Rhodes, Martha Evelyn Choat, Georgia Jackson, Ruth Conrad, Lois Lester, Mary Alice Todd, Clare Wechling and Clyde Rhodes. Donald attended Campbell High School in Campbell, Missouri. He was employed by General Motors for over 30 years retiring from GM/Corvette in Bowling Green, Kentucky. Besides his family, Donald’s greatest love was music. Donald played lead guitar in many bands including The Country Feeling, Barbara Fairchild and warm-up band for Mickey Gilley after starting his professional career as a teenager with Slim and Zelda Mae Cox. Donald also loved to build and plant trees. After retiring, he and Ruby built their home in Brighton and groomed the acreage and pond to perfection. He also enjoyed driving limousines for his son, Bruce. Donald had a strong faith in God and studied His word. He was protective of his family and friends. Donald’s sense of humor was renown. There was never a dull moment, or a laugh missed when Don was in the room. He was surrounded by his wife and children as he passed on to greet those who preceded him in death. He will be missed…until we meet again. Visitation will be 12pm until time of funeral services at 1pm, Thursday, January 28, 2021 at Elias, Kallal and Schaaf Funeral Home in Godfrey. Reverend Jim Watson will officiate. Burial will follow at Valhalla Memorial Park. Due to the COVID-19 pandemic, social distancing, occupancy, and mask wearing guidelines will be followed as mandated by the CDC. Memorials can be made to Alzheimer’s Association. Online condolences and tributes can be found at www.eliaskallalandschaaf.com.

The family of Donald Ray Rhodes created this Life Tributes page to make it easy to share your memories.

Send flowers to the Rhodes family.