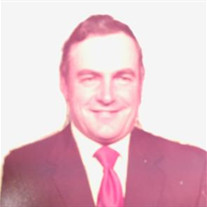 Dateline: Golden Eagle Donald A. Kinder, 96, passed away on March 8, 2022. Dad was born in Calhoun County and lived there his entire life. He never lost his curiosity and loved learning about new things and places. He grew up on the family farm and helped with the livestock and orchards, hay and the team of horses until tractors eventually replaced them. He learned to dig a septic system and bring in plumbing in the family home from County Extension brochures when he was 14. (Way before Google). If he asked you to do something for him, he already had all the details in his mind to tell you just how it should be done, and then helped get it done. He liked cars as a young man and was the owner of several “firsts” in the county. He enlisted in the army and crossed the Atlantic Ocean on a 500 ft. boat to serve during World War II in Italy where he transported wounded in an ambulance until a German soldier attacked the other ambulance and killed the driver. Having experience in mechanics, he transferred to the motor pool and became a sergeant. He returned home and helped with the farm again until he became a carpenter to supplement income. He learned how to build from observing and then doing. After marrying Ruth, he bought a small plot of the farm and built his home by hand on it where he lived the rest of his life. They had two children, Sheryl and Duane, and Don decided to buy a speed boat when they were teens so they could enjoy the neighboring rivers, even though he never got into the water or learned to swim. Many Sundays after church he would pull the boat to the nearest ramp in Calhoun and spend a few hours on the water. He always loved to travel and he and his wife, Ruth made it to each of the 50 states. They had a camping system set up in their van after tent camping lost its thrill and loved cooking breakfast on an open stove. Later trips were closer to home, and they made Branson a main destination. He loved the shows and tried to see everyone available. He had a fascination with trains, especially steam locomotives and would make them a part of the vacation whenever possible. Traveling was a passion he wanted to pass on to his heirs, and now a third generation enjoy getting out to experience the stories he shared about places to go and things to do. Visitation will be Saturday March 12, 2022, from 10:00 to 11:00 a.m. at St. Matthew’s Lutheran Church in Brussels. Funeral Service will be at 11:00 a.m. at St. Matthew’s Lutheran Church in Brussels. Burial to follow at St. Matthew’s Cemetery. Memorials may be made to St. Matthew’s Building fund.

Dateline: Golden Eagle Donald A. Kinder, 96, passed away on March 8, 2022. Dad was born in Calhoun County and lived there his entire life. He never lost his curiosity and loved learning about new things and places. He grew up on the family... View Obituary & Service Information

The family of Donald A. Kinder created this Life Tributes page to make it easy to share your memories.