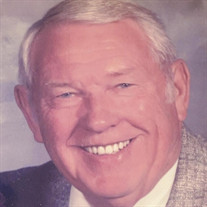 Dateline: Midway, IL Donald Carl Jackson Sr., 87, of Moro, IL went to be with the Lord at 10:58 pm on Thursday, April 28, 2022, at Alton Memorial Hospital. He was born on January 12, 1935, in Cape Girardeau/Whitewater, MO the son of Carl and Mildred Clara (Dubree) Jackson. On November 24, 1956, he married Raymonde H. (Lostetter). Donald served his country in the U.S. Navy during the Korean War. He worked and retired from McDonnell Douglas as a planner / engineer, helping to design and develop the Harrier Jump Jet. He also owned 2 car lots over the years. Donald was a member of the Hearts Harvest Church in Bethalto, he enjoyed flying his small single engine plane, singing and playing the guitar at church, fishing, riding his golf cart with his wife and dog Fillette and many other pets over the years, and spending time with his family and friends. He is survived by his wife, Raymonde and their three children and spouse, Terrie (David) Nagel of Columbia, MO, Donnie Jackson of Moro and Denise Jackson of Godfrey; two grandchildren and spouse, Michelle (Brandon) Guffey and David Nagel; three great grandchildren, Gabrielle, Isabelle and Annabelle and one sister and brother-in-law, Bev (Ray) Cook of O’Fallon, MO. Donald was preceded in death by his parents; a son, Danny Wayne Jackson; and brother, Jerry Jackson. A visitation will be held, Wednesday, May 4, 2022, from 10:00 am until the time of services at 11:00 am at the Elias Kallal and Schaaf Funeral Home in Bethalto, IL with Pastor Terry McKinzie officiating. Private burial will be at Oak Grove Cemetery in Jerseyville, IL. Memorials may be made to Hearts Harvest Church and or the 5A’s. Online condolences and guest book may be found at www.kallalandschaaf.com

The family of Donald Carl Jackson Sr. created this Life Tributes page to make it easy to share your memories.

Send flowers to the Jackson family.