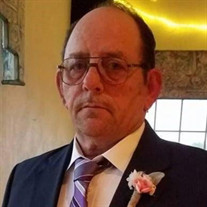 Dateline: Bethalto Dominic J. Schandler, 74, of Bethalto, IL passed away on Friday, May 20, 2022, at 3:45 am at his home with his family by his side. He was born in St. Louis, MO on March 12, 1948, the son of August J. and Lillian L. (Tosto) Schandler. In 1970 in Missouri Dominic married Mariann Willman. She preceded him in death on March 10, 2017. Dominic served his country in the United States Army and Airforce. He worked for the United States Postal Service for many years until he retired. He enjoyed fixing up old cars, fishing and spending time with his family. He is survived by his children, Shelly Johnson (Kyle) of Bethalto, IL, and Mark Schandler (Jessica) of Roxana, IL; five grandchildren, Connor Emshousen, Madison Emshousen, Anthony Schandler, Briley Johnson, and Wilson Johnson; two brothers, Michael “Mick” Schandler and Victor “Vic” Schandler; a sister, Carole Reiss; a brother-in-law- Charles E. “Chuck” Willman; and several nieces, nephews, and cousins. Dominic was preceded in death by his parents, and wife, Mariann. A Private Celebration of life will be held at a later date. Memorials can be made to the American Cancer Society.

The family of Dominic J. Schandler created this Life Tributes page to make it easy to share your memories.

Send flowers to the Schandler family.