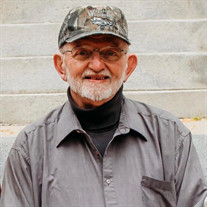 Dateline: Alton, Illinois David R. Doersam, 70, of Alton, passed away at 7:27 am at home on Wednesday, March 16, 2022 after a short battle with cancer. He was born on August 23, 1951 in Terre Haute, IN the son of Leo and Doris (Hawkins) Doersam. David married Jane (Logan) Doersam on February 23, 1974 in Alton. She survives. He retired from Global Brass and Copper (formerly Olin Brass Corporation), in 2008 after 35 years of service. He was also a member of the Knights of Columbus in Bethalto. David is survived by a daughter, Shannon (Aaron) Ralph of Bunker Hill; a son, Brian (Brooke) Doersam of Alton; five granddaughters, Ashlea (Jeremy) Doersam of Gillespie, Haley (Marco) Zomphier of Bethalto, Emily Doersam of Litchfield, Alexis & Allyssa Doersam both of Alton; a great-grandson, Tyler Doersam, a great-granddaughter, Hazel Zomphier; a sister, Betty Jean Auten of St. Louis, MO; a sister, Lisa (David) Hemphill of Alton; a brother, John Doersam of Wood River, IL; a sister-in-law, Josephine Doersam of Marine; a brother-in-law, Mark (Connie) Logan of Alton; an aunt, Pat Fletcher of Brazil, IN; and many nieces and nephews. In addition to his parents, he was preceded in death by a brother, Danny Doersam, and two sisters, Margaret Dallmier and Jane Marie Doersam A memorial visitation will be from 5 pm to 8 pm Monday, March 21, 2022 at Elias, Kallal & Schaaf Funeral Home in Alton. In Lieu of Flowers, memorials are suggested to be made to the family.. Online condolences and guest book may be found at www.eliaskallalandschaaf.com.

The family of David R. Doersam created this Life Tributes page to make it easy to share your memories.

Send flowers to the Doersam family.