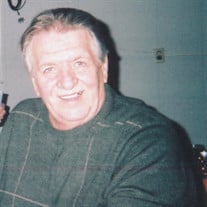 Date Line: Bunker Hill, IL Danny E. Dunnagan, 75, of Bunker Hill passed away on Friday, August 27, 2021, at 12:40 pm at OSF St. Anthony’s Hospital with his family by his side. He was born June 23, 1946, in Alton, IL the son of Julian Hayes and Dorothy (Forsythe) Dunnagan. On June 22, 1985, Danny married Shirley Eaton in St. Louis. Danny was a Boilermaker for Union Local #363 until he retired. He was hard working, very determined, a man of his word, and a jokester at heart. He enjoyed mowing, BBQing, watching Cardinal’s games, and reading (especially Stephen King). Most of all Danny loved his family and his wife dearly. He is survived by his wife of 42 years, Shirley; five children, Kimberly Stover of St. Charles, MO, Stacey Noble (Eric) of Wood River, IL, Brandee Crutchley (fiancé, Charlie) of Bunker Hill, IL, Amanda Ratcliffe (David) of Bunker Hill, IL, and Danyele Hargrave (Adam) of Bunker Hill, IL; two sisters, Brenda Walker (Harvey) of Kentucky, and Terri Gunn (J.R.) of Meadowbrook, IL; an aunt, Louis Lowe of Meadowbrook, IL; 17 grandchildren; 10 great grandchildren; and several nieces, nephews, cousins, and friends. Danny was preceded in death by his parents; a sister, Kathy Berger; and an uncle, Charlie Lowe. A visitation will be held on Tuesday, August 31, 2021, from 4:00 pm until 7:00 pm at the Elias Kallal and Schaaf Funeral Home in Bethalto, IL. A service will be held on Wednesday, September 1, 2021, at 11:00 am at the Funeral Home. Cremation rites will follow. Memorials can be made to Wounded Warriors.

The family of Danny E. Dunnagan created this Life Tributes page to make it easy to share your memories.

Send flowers to the Dunnagan family.