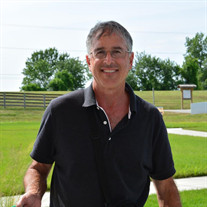 Dateline: Bethalto Danny “Duke” Kit Taulbee, 73, of Dorsey, passed away on Saturday, March 20, 2021. He was born on May 4, 1947 in Alton, IL, the son of Luther L. and Doloros (Meiser) Taulbee. He married Jean M. Huber on May 18, 1973 at St. Bernard’s Church in Wood River. Duke graduated from Roxana High School then went on to SIUE where he got his master’s degree. He worked over 40 years as a Social Worker for the State of Illinois until his retirement in 2009. Duke was a former member of the Metro Triathlon Club. He enjoyed woodworking and built many furniture pieces for his family. Duke’s favorite hobbies were running, golfing, biking, swimming, and reading. He was an avid Blues hockey fan and always ready with a good joke or prank. Most of all Duke loved spending time with his family, good friends, and grandchildren where he was always the life of the party. He was someone his friends and family could count on. Along with his wife, Jeanne, he is survived by his children, Meaghan (Reid) Elliott of Denver, CO, Jonathan (Jill) Taulbee of Kirkwood, MO, and Courtney (Chad) Goodwin of Edwardsville; his siblings, Tracy Franks of Rosewood Heights, Trudy (Tom) Lehnen of Bethalto, and Kim (Nancy) Taulbee of Mechanicsville, VA; and seven grandchildren, Grant, Evan, Blake, Caleb, Ainsley, Ryan and Connor. Duke was preceded in death by his parents; and a daughter, Mary Bridget Taulbee. Visitation will be on Friday, March 26, 2021 from 10 am until time of service at 12 pm at Elias, Kallal and Schaaf Funeral Home in Bethalto. Kim Taulbee will officiate. Burial will follow at Woodlawn Cemetery in Edwardsville. Memorials can be made to Autism Speaks and/or The American Heart Association. Online condolences and guest book may be found at www.eliaskallalandschaaf.com

The family of Danny "Duke" Kit Taulbee created this Life Tributes page to make it easy to share your memories.

Send flowers to the Taulbee family.