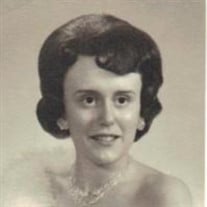 Clara Annette Walsh (Boner) 75 of Alton, IL peacefully passed away in her home on March 14, 2022, at 9:53 PM. Annette was born in Alton, IL September 23, 1946, to Doloris and Herbert “Pete” Boner. Annette was blessed to have two families that loved her very much and was raised by her loving Uncle Elmer and Aunt Clara Green. She was a graduate of Jersey Community High School class of 1964 and Gradwohl School of Laboratory Technique, St Louis, MO. Annette married John R Manee on December 13, 1968. He preceded her in death on June 17, 1981. She married Conrad “Joe” Walsh on October 7, 1989, they shared 22 years of marriage before his passing on November 8, 2011. Annette was quite the liberated woman who enjoyed camping, hunting, and fishing. She delighted in showing the guys how it’s done. She loved people, science, the arts, volunteering, Christmas, and all things pink. She retired from Kaiser Permanente, in Denver, CO where she was a union shop steward. After living in Texas and Colorado for serval years. Annette returned to Alton, IL in 2012 to be closer to her grandchildren. Her many volunteer efforts included JCHS Panther Country Caravan, Leukemia and Lymphoma Society Light the Night, and then in 2014, until her illness, the National Great Rivers Museum, Alton, IL. Annette truly met her calling when she started volunteering at the museum and loved every moment of it. Annette is survived by two children, Anthony “Tony” Bright (Cindy) of O’Fallon, IL and Michelle (Manee) Wadlow (Joseph) of Jerseyville, IL; her mother, Doloris Burnett (Bright) of Jerseyville, IL; six grandchildren, Camryn Bright, Justin, Bailey and Clay Wadlow, Joseph and Elizabeth Wisdom, along with a brother, Gary Eisenreich (Sally) of Chatham, NJ. In addition to her first and second husbands, she was preceded in death by her father, Herbert “Pete” Boner on January 26,1947; Uncle Elmer on Oct 28,1982 and Aunt Clara on March 15, 2000. A memorial visitation will be held 10 AM on Friday, April 8, 2022, followed by a funeral service at 11:30 AM at Elias, Kallal and Schaaf Funeral Home in Godfrey, IL. Father Jeffery Holtman will officiate. Interment will take place at Valhalla Memorial Park in Godfrey, IL A Celebration of Life will follow at the National Great Rivers Museum in Alton, IL with an approximate arrival time of 12:30 PM. Memorials in Annette’s name are suggested to Leukemia and Lymphoma Society Light the Night. www.lightthenight.org

The family of Clara "Annette" Walsh created this Life Tributes page to make it easy to share your memories.

Send flowers to the Walsh family.