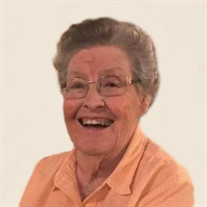 Dateline: Bethalto Long-time area organist and music teacher Charlotte E. Heeren, 91, died Monday, Dec. 20, at Alton Memorial Hospital. She died just a little over two weeks after playing for Saturday evening services at Zion Lutheran Church in Bethalto where she had been a life-long member and an organist and choir director for almost 75 years. Heeren was born Dec. 30, 1929, to Charles and Emma (Kruse) Plegge in Bethalto. After growing up in Bethalto and graduating from the three-year Bethalto High School and completing her fourth year at Wood River High School, she worked at Olin in Wood River before marrying Leroy Heeren of Bethalto at Zion-Bethalto on April 16, 1950. He preceded her in death Nov. 3, 2013. The couple had one daughter, Mary L. Heeren of Breese. The couple farmed and raised dairy cattle and chickens on Leroy's family farm outside Bethalto for many years and where Charlotte continued to live until her death. She later graduated from Lewis & Clark Community College in Godfrey and McKendree College, now University, in Lebanon, with a degree in music, putting her education to work teaching music in the Bethalto Schools before retiring. Before attending college and continuing after retirement from the school district, Charlotte taught private piano and organ lessons and her legacy as an instructor continues with former students serving at Zion-Bethalto and elsewhere. It wasn't unusual to have former students approach her and ask, “Are you Mrs. Heeren? You were my music teacher! We had such a good time in your class!" Although she had a life-long interest in music, family was her passion and she counted nieces and nephews, great-nieces and -nephews, great-great-nieces and -nephews, and many cousins as her dearest friends, keeping track of where they were and what they were doing. She especially enjoyed spending time with daughter Mary and Mary’s special friend, Don Halbe of Cottage Hills, the many friends she made over the years and anyone and everyone who called or stopped by the farm. In addition, she was a member of the Madison County Historical Society, Madison County Retired Teachers, Delta Kappa Gamma, and the Glenn Miller Society in Clarinda, Iowa, where Charlotte and Leroy attended the annual festival for many years. They also enjoyed traveling, crossing the country by train many times, as well as car trips where Charlotte generally served as driver with Leroy navigating. Visitation is scheduled from 3 to 7 p.m. Wednesday, Dec. 22, and 10 to 11 a.m. Thursday, Dec. 23, at Zion-Bethalto with services at 11 a.m. Burial will follow at Zion Cemetery. Elias, Kallal and Schaaf Funeral Home in Bethalto is in charge of arrangements. Memorials have been designated to Zion Lutheran Church for a future indoor Nativity and McKendree University to benefit future music students. Online condolences and guestbook may be found at www.eliaskallalandschaaf.com and the service will be recorded and posted to YouTube with a link on Zion's Facebook page.

The family of Charlotte E. Heeren created this Life Tributes page to make it easy to share your memories.

Send flowers to the Heeren family.