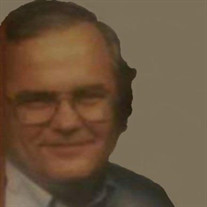 Dateline: Alton Billy L. Hill, 71, of Alton passed away on Wednesday, June 2, 2021 at 1:02 am at St. Anthony’s Hospital in Alton. He was born on February 20, 1950 in El Dorado, IL, the son of Billy E. and Vera (Argo) Hill. On October 16, 1971 Billy married Peggy J. McGill. She preceded him in death on February 2, 2007. Billy served his country in the United States Navy. He enjoyed fishing, bowling, traveling, and spending time with his family and grandchildren. He is survived by his children, Sean Hill (Alysia) of Godfrey, IL, Eric Hill (Melissa) of Alton, IL, and Adam Hill of Alton, IL; a sister, Diana Hill of E. Alton; a niece, Sonya Hill; his devoted partner of 15 years, Freda Gaskill of Alton, IL; his partner’s children, Chris Harders of East Alton, IL and Melissa Celis (José) of Chicago, IL and eleven grandchildren and three great grandchildren. He was preceded in death by his parents; wife, Peggy; and sister, Carolyn Hill. A graveside service will take place at a later date at Woodland Hills Cemetery Memorials may be given to the American Cancer Society or the American Heart Association. Elias, Kallal and Schaaf Funeral Home is in charge of arrangements.

The family of Billy L. Hill created this Life Tributes page to make it easy to share your memories.

Send flowers to the Hill family.