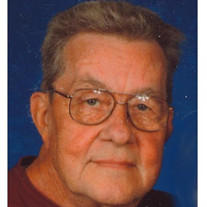 Billy J. Heath, 77, of Alton, passed away on Friday, January 29, 2021 at 3:30 AM at Alton Memorial Hospital. He was born on November 2, 1943 the son of William and Madeline (Dempsey) Heath. On June 9, 1965, he married Nancy Jane Bogue at SS Peter & Paul Catholic Church in Alton. She survives. Billy was a member of SS Peter & Paul Catholic Church in Alton. He was a retired Sergeant with Alton Police Department, a member of the Police Benevolent Association and a member of the Alton Police Shooting Club. Bill enjoyed fishing, tinkering with cars and repairing lawn tractors with his good friend, Jeff Campbell. In addition to his wife, he is survived by his two daughters, Tammy (Aaron) Stilwell of Godfrey and Cheryl Ann (Sean) Stinnett of Gillespe; four grandchildren, Curtis (Megan) Stilwell of Godfrey, Sara Stilwell of Godfrey, Jacob Martin of Gillespie and Grace Martin of Godfrey. In addition to his parents, he was preceded in death by a half-brother, Floyd Lambert and a half-sister, Wilma Harpole. A private Memorial Mass was held on Friday, February 5, 2021 at SS Peter & Paul Catholic Church in Alton. Father Jeff Holtman, OSF officiated. Elias, Kallal and Schaaf Funeral Home in Alton was entrusted with professional services. Memorials may be made to Riverbend Humane Association in Jerseyville, IL.

The family of Billy J Heath created this Life Tributes page to make it easy to share your memories.

Send flowers to the Heath family.