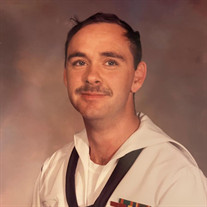 Dateline: Moro, IL Billie Ray Birdsong, 61, passed away on Tuesday, September 28, 2021 at 8:13 am. He was born on March 31, 1960, in Wood River, IL the son of James Lewis and Georgia Mae (Newberry) Birdsong. In 1978 Billie married Monica Hubbard at the First Baptist church in Meadowbrook. She survives. Billie served his country in the United States Navy for 18 years. Billie was liked by everyone and was always willing to help others or lend a hand. He was quick witted and always had a joke to tell or something funny to say. Billie enjoyed riding his motorcycle, spending time with his family and grandchildren, and listening to music. He is survived by his loving wife, Monica Birdsong of Moro, IL; three children, Bryan Birdsong (Jenny) of Bethalto, IL, Jackie Birdsong Lerner (Chris) of Bethalto, IL, James Birdsong (Hanna Markezich) of Alton, IL; a brother, Kelly Birdsong (Sherry) of Meadowbrook, IL six grandchildren, Eric, Michael, Ethan, Jonathan, Isaac, and Anubis; nieces and nephews, Kelly Birdsong (Jo Erin), Blake Birdsong, Heather Birdsong, Sadie Hubbard, Brandy O’Hara, Christina Hubbard, Jason Hubbard, Nicolas Collins, and Melonia Vincent; and great nieces and nephews, Cameron, Eleanor, Hunter, Mathew, Ethen, Jeremy, Mark and George. Billie is preceded in death by his parents, and a brother, James Milton Birdsong. A visitation will be held Saturday, October 2, 2021, from 10:00 am until the time of service at 12:00 pm at Lifebook Church in Bethalto. Burial will take place at a later date at Jefferson Barracks. In Lieu of Flowers memorials may be made to Got Your Six Support Dogs. Online condolences and guest book may be found at www.eliaskallalandschaaf.com

The family of Billie Ray Birdsong created this Life Tributes page to make it easy to share your memories.

Send flowers to the Birdsong family.