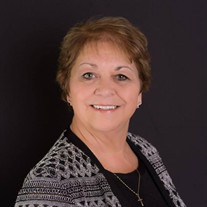 Barbara S. Harlow, 66, of Bethalto, went to be with the Lord, Friday, June 25, 2021 at her home with her family by her side. She was born in Wood River, IL, on December 6, 1954, the daughter of the late Norman U. and Genevieve C. (Dale) Sparks. She married Thomas E. Cook on July 15, 1972 and he passed away on April 25, 2002, she then remarried, Willie G. Harlow on June 23, 2018 at Zion Lutheran Church in Bethalto. He survives. Barbara was an RN throughout the area spending many years at VIP Manor in Wood River and then retiring from Heritage Manor in Staunton in 2018. She was a member of Zion Lutheran Church in Bethalto. Barbara enjoyed fishing, camping, traveling, spending time at the ocean, painting, being outdoors and spending time with her family and friends. Along with her husband, Willie, she is survived by her children and their spouses, Shane (Beth) Cook of Bastrop, TX, Melissa (John) Friemann of Edwardsville, Jenny (John) Ruemmler of Cottage Hills and Jessica (Daniel) Rosenburg of Alton; twelve grandchildren, Kearsten, Hailey, Dylan, Brennon, Ty, Stephanie, Austin, Joey, Kaitlynn, Brianna, Annalice and Grayson; two great grandchildren, Liam and Grayson; three sisters and brother’s-in-law, Beverly (Willie) Townzen of Edwardsville, Norma (Lindell) Rea of Edwardsville and Carol Sparks of Edwardsville and several nieces, nephews, cousins and friends. Barbara was preceded in death by her parents; her first husband, Thomas; and a brother, Arland “Corky” Sparks. Visitation will be held on Tuesday, June 29, 2021 from 4 to 7 pm at Elias, Kallal and Schaaf Funeral Home in Bethalto. Funeral services will be Wednesday, June 30, 2021 at 10:00 am at Zion Lutheran Church in Bethalto with Pastor Kale Hansen will be officiate. Burial will follow at Quercus Grove Cemetery in Edwardsville, IL. Memorial’s may be made to Zion Lutheran Church in Bethalto.

The family of Barbara S. Harlow created this Life Tributes page to make it easy to share your memories.

Send flowers to the Harlow family.