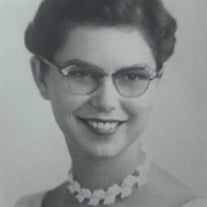 Dateline: Rosewood Heights Barbara Ann “Greenley” Drury went to be with her Lord and Savior on March 18, 2022. She is celebrating with her son, Kent Drury, and mother Anna Mae Wright, and other extended family members who preceded her in death. Those left behind celebrating her life include: husband of 67 years Charles Drury of East Alton, Illinois; daughters Vanessa and Paul Platto of Winder, Georgia; Barbara and David Wiegand of Bethalto Illinois; and Lori Ann Lefler of Vandalia, Illinois. Grandchildren include: Tim and Sarah Jane Drury, Matthew and Corrine Drury, Elizabeth and Chris Griffin, Nate and Lindsey Platto, Anna Drury, Athena Proctor, Justin and Emelia Proctor, and Tyler Proctor. Great grandchildren include: Ella and Charlotte; Lincoln and Rose; Adelynn and Chase; Zoe, Jillian, Zak, and AJ; Hannah and Jacob; Lillian and Vivian; and Justin, Zach, and Peyton. She is preceded in death by her mother, father Howard Greenley son, and siblings. Barbara was born June 10, 1938 in Cairo, Illinois. She was raised on the family farm in Miller City, Illinois where she spent many a day playing on the tree swing and romping with her 3 siblings Dixie Warren, Fred Greenley, and Van Greenley. Barbara married the love of her life, Charles Freeman Drury, December 24, 1954. They resided in Cairo, raising 3 children, until moving to the East Alton area in 1968. Sweet friendships were formed through their church and while working at Bunny Bread Thrift Store. Barbara was saved at the age of 9 and loved the Lord God with all her heart. She dedicated her life to raising her children with love and to know her Savior. Barbara modeled what it was like to be a Christian by sharing her testimony with everyone she met. Barbara was an active church member, served in various children’s ministries including teaching Sunday school, and supported her husband in his ministries. In later years Barbara gave of her life to raise her triplet grandchildren in a Christian home. Sacrifice and love flowed freely in the Drury household. Visitation will begin at 4:00 pm until 7:00 pm on Friday, March 25, 2022, At the First Baptist Church in Bethalto. Funeral services will be at 10:00 am on Saturday, March 26, 2022, at the First Baptist Church of Bethalto with Pastor Tim Drury and Pastor Nate Platto officiating. Burial will follow at Rose Lawn Memory Gardens in Bethalto. Arrangements will be handled by Elias, Kallal and Schaaf Funeral Home in Bethalto, Illinois. Donations may be made to the First Baptist Church in Bethalto

Dateline: Rosewood Heights Barbara Ann &#8220;Greenley&#8221; Drury went to be with her Lord and Savior on March 18, 2022. She is celebrating with her son, Kent Drury, and mother Anna Mae Wright, and other extended family members who preceded... View Obituary & Service Information

The family of Barbara Ann "Greenley" Drury created this Life Tributes page to make it easy to share your memories.