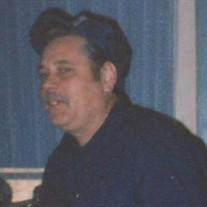 Allen A. Pruitt, 73, of Alton, IL passed away on Monday, May 16, 2022 at 5:42 am at his home surrounded by his family. He was born February 19, 1949 in Alton, IL the son of Marion and Edna (Cauley) Pruitt. Allen married Dale Holmes at their home in 1975. She preceded him in death on July 17, 2012. Allen worked for the United States Postal Service for many years until he retired in 2001. Before that he worked as a milkman and at Scott Airforce Base. He was a lifetime member of the VFW Post 1308, and loved fishing with his friend Flaze Peoples and Son-in-law, hunting, and spending time with friends and family. He is survived by his children, Edna (John) Williamson of Alton, IL, Steven Pruitt (Kayla Ann Marie) of Lincoln, IL, Reona (Bobby) Goss of Bethalto, IL and Rachael Trobaugh of Alton, IL; grandchildren, John (Gretchen) Williamson Jr. of Alton, IL, Allen Williamson of Alton, IL, Steven Pruitt of Lincoln, IL, and Alexis and Alyssa Goss of Bethalto, IL; a daughter-in-law, Val Pruitt of Lincoln, IL; and many nieces and nephews. Allen was preceded in death by his parents; loving wife, Dale; two brothers, Tom and Steven Pruitt; and a granddaughter, Mary May Williamson. A Visitation will be held on Friday, May 20, 2022 from 4:00 pm until 8:00 pm at the Elias Kallal and Schaaf Funeral Home in Alton, IL. A Funeral Service will be held on Saturday, May 21, 2022 at 10:00 am the funeral home will burial following at Wanda Cemetery. Memorial may be made to the American Cancer Society or Shriner’s Hospital for Children. Online condolences and guest book may be found at www.eliaskallalandschaaf.com

The family of Allen A. Pruitt created this Life Tributes page to make it easy to share your memories.

Send flowers to the Pruitt family.